What it means to be American.

I listen to NPR regularly. It’s one of my most treasured American indulgences. In China, news is dictated by the State and there is no such thing as “public radio” in the form of free and unassociated journalism. I heard today that Congress has plans to pull NPR funding. I was shocked.

NPR had aired its political demise at the end of President Obama’s speech. I can’t exactly remember what the President had been addressing at the time. I was deeply in thought drawing process maps for a citizen journalism model I hope to help strengthen the public’s access to information. I do remember thinking at the time in parallel: NPR had previously introduced Obama as “The Leader of The Free World.” 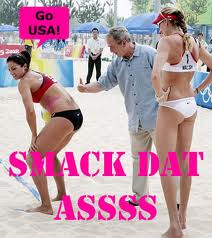 “What a title.” I thought to myself. “What a concept.”
(sorry for the ADD, but my point will be clear in a few second.)

To me, freedom has been hard to come by. I grew up in China during the 1980s. This was the China before cars invaded roads and McDonald’s invaded the street sides. Bicycles were everywhere and farmers grew their own and took the rest to the city for sale. There were no industries, no regulations (I don’t think China ever had a government that regulated food).

Even though my mom and I had access to a healthier locally sustainable culture, we did not have the freedom of accessing information. Everything said was “according to the State Council” and everything was unspoken. People had just emerged from the Cultural Revolution, and no one had any sense of identity because we were all part of the State, “under the leadership of the Communist Party.”

I remember each morning I would hear the loudspeakers overhead, quietly screaming the Leaders’ directives. “Religion is bad,” the voice would echo, “following the teachings of Chair Man Mao, under the leadership of Chairman Deng, get rich is glorious . . . .”

I think my realization of freedom came when my Army buddy Mark said to me: “after this tour in this shithole, don’t let anyone tell you ‘you can’t.’” It had daunted on me that my past is now in the past, my future is this idea we fought for: democracy – liberation of a people.

But the problem I had was the fact that I was a philosophy major and just returned from Iraq. My job options were limited. I remember going to one interview for a marketing position and thinking "this is not me, I can't do this."

I also did not have the credentials to be a journalist.

But fortune is often disguised in great peril. I stumbled upon a job listing for The American Legion. I had no idea what the Legion is. I did a quick search and read up on their history from their site. I applied and began work for a 501(c)(19) organization with 3 million members and 14,000 Posts across the world. They had been established in 1919 by the WWI veterans and built to its peak by the Greatest Generation of this country. I felt proud. I worked on important projects for very important offices. I had a great time working for them. I met so many volunteers that had done amazing things for this nation as soldiers, marines, sailors, airmen and women. Gradually I became frustrated with the speed of things. I quit my job, started law school, and started this project: a market driven process that will perpetuate a positive thing. What better things to focus on than journalism – Citizen Journalism.

"not delegated to the United States by the Constitution, nor prohibited by it to the States,"


Our Speech is protected by the First Amendment, but the Tenth gives us the ability to act.

How do you act on information? A great friend, Susan Bird, had once inspired me with her blog about conversation and society. I took that to heart. In case you have not noticed, this blog has recently added a few more people to the conversation. It’s no longer just me talking to the world, my world around me is responding. It seems to me there is no more perfect way of communicating the news to each other by engaging in positive conversations. Building on passion and peer influence, we can take news and transform it into action. Citizen Journalism is not just about the news, but about the news and others, about the freedom to act, about the very community that nurtures us.

What does this have to do with NPR and its public funding? Let me explain: China and the US today are faced with a insurmountable environmental problem, childhood obesity and childhood hunger. Luckily for the rest of us, a centralized Communist regime is just the thing to fight the environmental effects quickly. Their "news services" have been advocating GREEN aggressively for a number of years now. But The bigger problem is a social deterioration caused by Americans. Not only do we pollute so much more per person, we also waste more. We are setting an example to a people that worship our very existence. To a people without political freedom, the Chinese strive in every other ways to be like us.

I remember when I was a kid, I had great admiration for the US just as many of my peers. I think the Chinese people still admire us, (as a proud citizen, I said "us"), and my Chinese people will do as you would do. If you eat McDonald's and trash the planet, so will my Chinese brothers and sisters. The scary thing is there are about 1.3 BILLION of them doing it. Today, Chinese kids are going online and looking at us. They are learning everything we are doing. If we are true Americans, we would be leaders. We would show my Chinese brothers and sisters the true meaning of FREEDOM!

Today we face the same eerie silence of information. It seems we, as Americans, are not speaking. I don't mean just any sort of speaking. There are those who are loud enough, thank you Jared Lee Loughner. I mean speaking intelligently and sensibly. I see hope. I see people rallying around each other engaging in conversations online. But the Great American Marketing Machine is turning like a well oiled machine, misguiding us to our very own destruction. Their trickery is perfected as a science and openly so. The great American Free Press is dying and being replaced with irresponsible commercialism disguised as opinion news. Just in case we cannot depend on public funding legislatively, we have to take at least this fundamental right back into our hands. If not Citizen Journalism, then what else? If we do not act, who will? If we are not responsible for our own messages, then who could? So go and support NPR, but also start your own conversation.

To conclude, I give you  this year's 1MinutetoSavetheWorld's Environmental Film Competition Best Youth Film, sponsored by UNICEF and Sony Open Planet Ideas

by Wilbury Primary School (British), Class 4B, 'Give the Colours Back to the Earth'