Marines, they’ll f’ you up.

Military technology has shaped our society in unexpected ways. It has transformed how we relate to nature and each other. Atomic weapons threaten unimaginable things yet the Internet has brought the planet together on so many fronts. After-all I couldn’t be a helpless narcissistic blogger today without it. 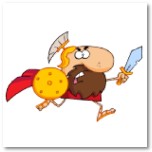 I am a firm believer that the concept of military culture is quintessential to a progressing civilization. I also think military service should be mandatory for young men and women for one year. I guess you can call me a post-modern Spartanist, and no I don’t advocate for killing weak babies.

As a condition of establishing a mandatory military service, I think military should re-orientate to prepare and adopt for peacetime needs as well as prepare and battle wars. There is an important distinction of the mind, for peace it is progress and for war it is peace.

What you trade is for one year of service for a lifetime of discipline and education on the importance of war and peace. If a man or woman learns of this lesson early, and learn the respect built by centuries of codes of battles, we can only hope they are likely to avoid wars if possible.

The more important aspect of this mandatory service is the young men and women will learn to appreciate peace and progress; because they will have earned it by their military service. But that’s only if the military were focused on peacetime progress as well as wartime advantages. I guess we wouldn’t have had the incentive to mess with atoms or link minds if we didn’t have wars. Hence my intuition that war is necessary and military is quintessential to a progressing civilization.

But we can leverage this towards our advantage and avoid wars and harvest the fruit of peacetime progress. It’s just a matter of how you think of the situation, that’s all.

Okay, so all of that philosophical babel are to direct you to this: the U.S. Marine is testing a Ground Renewable Expeditionary Energy Network System (GREENS - at least this one military acronym makes sense.)

The prime contractor is HDT Global (HDT) in case you are interested. (Click here for more details about this project.) I gather that they have already completed a nine month development phase and the project is now on a production run.

The GREENS system is portable (some poor Marine will have to carry this thing on his/her back perhaps). It promises to provide limited renewable energy for forward-deployed units. Using less fossil fuel means less threats associated to vehicles in convoys. As a medic, I can appreciate that thinking.

HDT is using a large-format prismatic cell battery that contains 5 to 10 times more energy and 70 times more than the market ready cylindrical cells. (The battery is made by a Pennsylvania based company, International Battery.) This reduces thermal management requirements, increases energy density, and comes with various other structural and process advantages. Advantages the Marines desperately need.

Only if we can bypass the need for some poor Marine carrying this thing on his back, traveling to some foreign land, and give his life for some pointless war. We can use this to establish distributed renewable grids, prevent catastrophic failures and help improve our environment all at the same time.

That's how we should defend the human race. 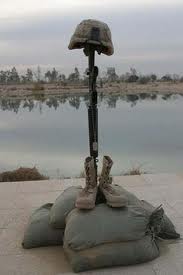 Sing, Goddess, Achilles' rage,
Black and murderous, that cost the Greeks
Incalculable pain, pitched countless souls
Of heroes into Hades' dark,
And left their bodies to rot as feasts
For dogs and birds, as Zeus' will was done.
Begin with the clash between Agamemnon--
The Greek warlord--and godlike Achilles.

Which of the immortals set these two
At each other's throats?
Apollo
Zeus' son and Leto's, offended
By the warlord. Agamemnon had dishonored
Chryses, Apollo's priest, so the god
Struck the Greek camp with plague,
And the soldiers were dying of it.
Posted by Jin Kong at 7:54:00 AM