I always hear people say: “no one can tell you what Sustainability is.”

They are probably right. The term is idiosyncratic to the context – it means one thing in the Arctic and another in the Gobi; it is one process in the automobile industry and a different process in the energy sector. Sustainability inherently is about adapting to the situation and finding ways to co-exist with the environment and others around you.

Once defined, Sustainability carries no weight in the continue acclimatization of our species.

Nonetheless, when people don’t want to try hard enough to figure out what Sustainability means to them, the natural thing is to say no one else has a clue.

And they are correct. Whatever you think you know about Sustainability, it’s probably wrong. Again, sustainability to the Snow Fox is different from sustainability for the Monarch Butterfly. Trying to fit one model to the other is nonsense. But humans have done all sorts of nonsensical things: binding women’s feet for example.

Sometimes, it is just irresistible to want to define Sustainability.

The U.S. EPA defines Sustainability by the national goal to create and maintain "conditions under which humans and nature can exist in productive harmony, and fulfill the social, economic and other requirements of present and future generations of Americans." 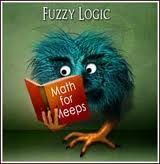 One scholar proposed to use Fuzzy logic in assessing Sustainability. (See Yannis A. Phillis’ Sustainability: an ill-defined concept and its assessment using fuzzy logic.)

I personally like to think of Sustainability as a contextual application of the three pillars of Sustainability as defined by the 2005 World Summit – reconciliation of environmental, social, and economic demands. I see the three pillars as principles or maxims, establishing only an infrastructure, to interpret what Sustainability should mean to a given environment to establish a process by which we can “meets the needs of the present without compromising the ability of future generations to meet their own needs.” (See Burndtland Commission, U.N., March, 1987.)

The difficult thing, in its application as a process, is to pinpoint the context to which Sustainability is defined, from which a meaningful process can be established to sustain the ability of our future generations to meet their own needs. There are many contexts unique to the environments, and all of the smaller ecosystems must compromise and yield to the larger ecosystem, ad infinitum.

What a philosophical mess.

But then one sees the strength to use a fuzzy logic maxim and generate a systematic value scheme measuring the percentage of overlaps in contextual schema, examining locality, reality, new values independently evaluated against selected economies. It’s in no way precise, but as I’ve said before:

Once defined, Sustainability carries no weight in the continue acclimatization of our species.

I also think this kind of fuzzy evaluation and process creation with contextual overlaps can serve to strengthen existing proactive approaches. The U.S. currently employs no aggressive laws towards Sustainability. This is because we are operated by an inherently democratic system, albeit a badly influenced one. Congress cannot simply force people to think in terms of Sustainability – this would stifle innovation, as some would argue fiercely.

In this regard, I believe the Chinese has created an advantage over us. Given their government’s top-down nature and single party system, it is easy to mandate progress in the face of rapid deterioration. China recently passed two laws (within the last two National Congress sessions), one addressing clean production and the other addressing circular economy. Both of which are devoted to eliminating the source of their environmental problems. (I note the lack of talk about the human sustainability factor, but then again that belongs to the taboo topic of human rights, politics, and sovereignty.)

The Chinese Circular Economy Law requires monitoring over high-consumption and high-emission industries, (steel and non-ferrous metal production, power generation, oil refining, construction, and printing industries). It is a national law, but requires provincial governments to map out a system for recycling and improve energy-saving and waste-reutilization standards. Water saving technologies are required, as well as strength management and mandatory equipments for new constructions. The law also requires enterprises and government agencies to adopt renewable products in new buildings and recycle and make comprehensive use of coalmine waste, coal ash, and other waste materials. (Xinhua News Agency August 30, 2008)

The Chinese Clean Production Law aims to reduce pollution at its source. It mandates business enterprises to include improvements in design and management (Six Sigma alert). The law includes provisions for a clean product catalog, compulsory recycling directory, product labeling system, and audits. It applies to service providers as well as agriculture businesses. The U.S. currently does not regulate non-point discharge pollution from agricultural practices. The U.S. also primarily focuses on end-of-the-pipe regulations and any process improvement and sustainable design and implementation is only voluntary.

The uphill battle China faces is the enforcement of these laws; the uphill battle we face in the U.S. is encouraging voluntary compliance. Neither is a perfect model and each has its strength. I am happy to see two very different nations applying two sets of very different strategies. There is synergy in cooperation and distilling the best practices of Sustainability. No definition is required. 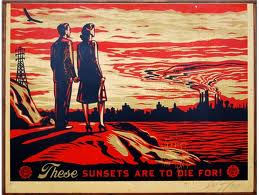 Just because we can’t define Sustainability, it doesn’t mean we can’t practice it to the best of our abilities and learn along the way. I’d rather try and fail than not try at all. It means the world to me, to us.
Posted by Jin Kong at 7:05:00 AM

Email ThisBlogThis!Share to TwitterShare to FacebookShare to Pinterest
Labels: sustainability