Xinhai Revolution and Occupy Wall Street - what we do matters.

A hundred years ago today, a revolution that started in my father’s hometown Wuhan, China; the revolution ended imperial rule and changed the course of China’s history. To this date, the Communist Party of Mainland and the Nationalist Party of Taiwan, both born of the 1911 revolution, still debate their legitimacy to China’s throne.

The revolution was a reaction to the declining Qing state and its inability to reform and modernize China. People were poor, land unevenly distributed, and the majority population oppressed by the Manchu rulers; foreign invaders pillaged and carved China like it’s the next new America, the Chinese the next new savages to be bought and sold as slaves or servants. Chinese citizens on its own land were second-class to the rich, the foreigners, and the imperialists who cared for no one but their own families. Along with domestic decline, the majority took to the streets and demanded change.

Today, we also mark one month long of Occupy Wall Street and the movement shows no signs of retreat. The message – end corporate greed and capital imperialism – “we are the 99 percent.”

The OWS General Assembly has not yet formally ratified any demands but they have posted some on their website. These demands look eerily similar in spirit to the ones that sparked the changes in China a hundred years ago: fair wages, end corporate corruption, equalize social and environmental impacts and reducing our harm to the planet that seem to only affect the poor . . . .

While I don’t think these demands are reasonably achievable in the near future. 20% of our national energy grid depends on nuclear power, and closing them down tomorrow means a serious social disorder will loom over our heads. I won’t even venture to guess what will happen if we implement complete international debt forgiveness. It may sound good to us, but will it sound good to our debtors? To China?

Some politicians, million dollar campaign runners, suggests that this is simply class warfare. "Don't blame Wall Street, don't blame the big banks, if you don't have a job and you're not rich, blame yourself," Herman Cain said.

That was the exact same kind of bull crack the Manchu royalty fed to the Chinese people: if you aren’t born into the riches, or won’t cut your own balls off to serve the imperialists, then blame yourself. 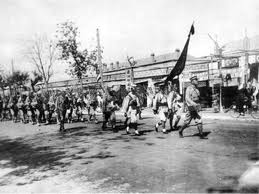 Look where has that gotten our friendly last emperor?

What about those Americans who have been laid off and have spent years futilely looking for work? What about the young people graduating college with tens of thousands in student loans? What about families who lost their homes to the very banks who profited off of betting against their mortgages?

Look where they will take our friendly last banker?

"In order to understand our own time and predicament and the work that is to be done, we would do well to shift the terms and say that we are divided between exploitation and nurture . . . By now the [exploitative] revolution has deprived the mass of consumers of any independent access to the staples of life: clothing, shelter, food, even water. Air remains the only necessity that the average user can still get for himself, and the revolution has imposed a heavy tax on that by way of pollution . . . . . The first casualties of the exploitative revolution are character and community . . . .”

Wendell Berry, The Unsettling of America.

Sometimes I wonder if history repeats itself in patterns to test and see what we do as humans under different ontological conditions. Like a mouse in a maze, different smelling of cheese, that’s all. I hope you see my analogy here: we may be confronted with a practical different scenario, a different maze if you will, but we face with the same metaphysical oppression by the rich, the powerful, the people hiding behind “walls” – be it a Great one, or a one of a Street.

Jaclyn Bruntfield argued that we are at a tipping point now on a continuing path of “unrelenting self-interest.”


Such a culture fosters not cooperation and sustainability, but pitting people at odds with one another while "following one's own interest as far as possible."

Wendell Berry argued that exploitation of people and natural resources shows a lack of character and virtue. This is manifested by both the dissatisfaction for the Manchu Qing, the last dynasty in China, and by the protesters of Occupy Wall Street. During the Qing dynasty, the imperialists contributed massively to human rights abuses, wealth inequality, horrid living conditions in the country-side. Today, careless bankers and corporations contribute massively to wealth inequality, unfair debt distributions, implicit and uncontrolled greenhouse gas emissions and enormous waste in our landfills polluting water supplies and our air; all of this leading to decreased quality of life and increase sentiment of helplessness as the Chinese faced in 1911.

The “99 percent" is the same 99 percent any way you look: any society you examine and any careless and exploitive political imperialism you encounter acts in the same careless ways. I suspect the end result may be the same any way you dice.

But there's hope, Bruntfield and Berry argues, and

it comes in each of us making more thoughtful decisions in what we buy, what we do for a living and the causes that we support. Ultimately, if you don't agree with how a company treats people and the planet, Berry says to engage in "responsible consumerism" by not buying their products.

This may be the fundamental differences between the condition of China in 1911 and the condition of America in 2011: people didn’t have choices then, we do now. We live in a free country where men and women willingly lay down their lives to defend your freedom – make it worth their lives!

"End corporate greed" is just as a strong argument as “end consumer dependence.” If you're concerned about the environment, it would not make sense to buy the most gas guzzling car; if you think there is income disparity and lack of equality, then let go of your precious $18MM football player and supplement our teachers for a better education and increase the chances of our children having a equal competitive ground. There are many things we can do to meet the demands of OCW ourselves. That is why I have not voluntarily spent any time looking at the news or media for their progress – I believe the real progress is to be made by each of us, in turn shaping the compliance of corporations and bankers.

At least in this country, at this day and age, we can make these changes in a cooperative manner. There is no need for violence. That was not the case back in 1911.

Wendell Berry, The Unsettling of America. 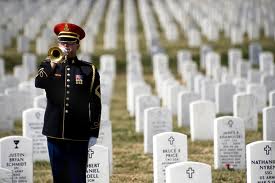 We live in the land of the free, let’s not waste this land on the pointless things such as consumerism or occupying a street making empty demands. Let’s make this happen in our ways for our children.
Posted by Jin Kong at 8:58:00 AM

Email ThisBlogThis!Share to TwitterShare to FacebookShare to Pinterest
Labels: balance of ideas, sustainability