The Art of Gift Giving

Did you know between Thanksgiving and New Year’s, an extra million tons of waste is generated each week by Americans?

One of the first few things I noticed about America and Christmas day was how frequently I see joyous people carrying bags of trash to the curbside after all the screaming excitements of gift openings. The idea of wrapping something in beautiful and expensive paper just to have it torn away escapes me, but after 20 years of living in the States, I have given in to the practice. Still, every time I carry out my own bag of perfectly good wrapping paper torn in pieces in a large trash-bag, I think about my father’s tale of how he once collected empty cigarette boxes and used the blank insides as writing paper for school. What I throw away each year in wrapping paper would’ve supplied him for a whole year’s worth of note taking. For that, I am ashamed. 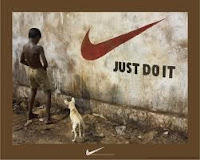 Times likes these ask us to pause and reflect for a moment. What is wrong with this picture?


According to the Clean Air Council:

Each year the average American office worker uses about 500 disposable cups. We throw away enough paper and plastic cups, forks, and spoons to circle the equator 300 times annually. From those discarded disposables, over 7 billion pounds of PVC are thrown away and only 18 million pounds of that, about one quarter of one percent, is recycled.

Every year, Americans also use around 1 billion shopping bags, creating 300,000 tons of landfill waste. Less than 1 percent of plastic bags are recycled each year. The rest ends up in landfills. Light breaks them down into smaller and smaller particles and they then seek to contaminate the soil and water and are expensive and difficult to remove. When the small particles from photo-degraded plastic bags get into the water, they are ingested by filter feeding marine animals. Biotoxins like PCBs that are in the particles are then passed up the food chain, including up to humans. What an irony next time you buy a can of tuna that requires two plastic bags to wrap and carry around.

In 2003, 290 million tires were discarded by Americans and130 million of these tires were burned as fuel attributing to pollutants in our air. In 2004, 275 million tires were reported in stockpiles. Tires in stockpiles often serve as a breeding ground for mosquitoes and a habitat for rodents, spreading diseases causing havoc on the health of the poor who cannot afford but live near such things. These tires in stockpiles also retain heat and can easily ignite creating toxin-emitting, hard-to-extinguish, fires that can burn for months.

Of the 2.25 million tons of electronics (TVs, cell phones, computers, etc) retired in 2007, 82 percent were discarded, mostly to landfills. About 304 million electronics were disposed of from US households in 2005. Two-thirds of them still worked. These electronics not only contain rare metals and parts that we could reuse or recover, but contain poisonous elements that may cause havoc on our lands.

And finally, do you drink bottled water? Did you know at least 90 percent of the price of a bottle of water is for things other than the water itself, like bottling, packaging, shipping and marketing? 44 percent of ‘purified’ bottled water sold in the U.S. started out as municipal water. It takes about 1,100 to 2,000 times as much energy to produce and transport the average bottle of water as to produce the same amount of tap water.

EPA reports that approximately 33% of municipal waste are recycled, but this does not account for waste that are burned or filled in unpermitted landfills and incinerators.

The unregistered landfills usually do not have adequate barriers to prevent land contamination and will eventually break down and leak leachate into ground and surface water. Most people who build these off-the-map-landfills use plastic, which is not inert and allows chemicals and gases to pass through. In 2008, a survey of landfills found that 82 percent of surveyed landfill cells had leaks, while 41 percent had a leak larger than 1 square foot. 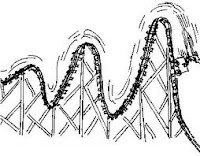 Of course our problems are not going to go away if we simply ignore them. Mathematical evidences suggest acceleration and tipping points with wider problem margins. In 1960, each American only generated 2.68 pounds of waste per day. In 1970, the figure was 3.25. Since 2000, when the average American generated 4.65 lbs of waste per day, and only 29% was recycled. American per capita food waste increased to more than 1,400 calories per person per day in 2009, an increase of approximately 50 percent since 1974. Between 1997 and 2007, bottled water consumption in the U.S. more than doubled, from 13.4 gallons per person to 29.3 gallons per person. About 40 million computers have become obsolete in 2007, about twice as many as in 1998.


The production cycles for PVC related products, plastic forks, cups, etc., are energy intensive. PVC’s annual Chlorine production now requires nearly the annual output of eight medium-sized nuclear power plants. Imagine what we can do with all that energy or how much less health and environmental problems we would face if we cut away our need for those plants.

About a million tons of plastic PET water bottles were produced in the U.S. in 2006, requiring the energy equivalent of 50 million barrels of oil. 76.5 percent of these bottles ended up in landfills.

Recycling one ton of plastic bags costs $4,000. The recycled product can be sold for $32. Municipalities have determined there is a real cost in handling these plastic bags, making the total economic burden of these plastic bags a drain on our productive progress. Surely there are better things we could do with our money, time, and energy.

It has been estimated that recycling, re-use, and composting create six to ten times as many jobs as waste incineration and landfills. Currently, only Japan, Germany, and China have active recycling laws mandating certain level of recycling economic performance. Only China has taken the extra step and mandates aggressive production efficiency and effective material management process in its recent Circular Economy Laws and Clean Production Laws.