Be Not Simply Good, Be Good for Something 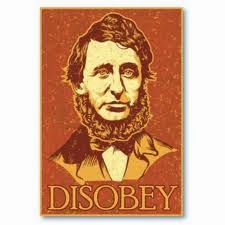 “That government is best which governs least." – Henry David Thoreau

It is not our government that kept the country free, settled the wild lands, or gave men their knowledge. These endeavors came from the people of their own volitions. It is questionable if these people would have been more successful in their endeavors had the government not been involved; to carry the conversation to those extremes would require the irreconcilable forms of idealism and the pragmatic completeness to exist in a vacuum, void of people and their imperfections—an impossible task for any theorist.

What, then, is a better government? Is it what most people would believe—simply the majority that shall rule? Is it not the American motto that the will of the populous controls? After all, isn’t the collective wisdom of the masses persistently superior to a single man’s moral conscience? Isn’t the right of majority THE moral right as opposed to the individual conscience that could be to the left, above, below, or beyond what can be accepted as acceptable norms?

Thoreau holds firm on a positive NO; he argues a government founded on the principle of simple majority rule cannot be based on justice. He writes, "must the citizen ever for a moment, or in the least degree, resign his conscience to the legislator? Why has every man a conscience, then? I think we should be men first, and subjects afterward."

To Henry David Thoreau, it is more important to respect for what is right, rather than a blind respect for law; it is the people's obligations to do what is morally right, not just perform what is asked of them.

Too much rigidity in the respect for law leads people to do many unjust things. We saw this more recently in the war on terrorism and the invasion of Iraq: soldiers become only a shadow of their humanity; the government shapes them into machines; they have no opportunity to exercise moral sense and are reduced to the existence comparable to that of a dog. Yet these men are often labeled good citizens, marked for token patriotism, and eventually left to the gutters and slums for hunger and insanity to claim their souls.

What of those legislators and politicians, powerful lobbyists and their masked backers? They do not put moral sense first, something else is in front of their eyes; be it wealth, power, or simply a twisted sense of satisfaction from vengeance, they march on and send young men and women to die for empty ideals and they persecute the few who dare to oppose their views. Their wishes come true at the price of dead boys and girls.

Thoreau declares, "I cannot for an instant recognize that political organization as my government which is the slave's government also." As a contemporary, we have no more moral quarrels with the injustice of slavery, but we must ask if we can recognize and align ourselves with a government that is taking from the poor and embracing the privileged few openly and unjustly.

Thoreau believed a duty to rebel the enslavement of one sixth of the population and the invasion of Mexico; he denounced these tremendous injustices that we must not allow to continue. One could argue that the modern political culture would no longer allow slavery and we would no longer enter senseless wars; I wish I could believe such optimism.

So to ask what is a better government we must first ask what is the form and function of our government in our irreconcilable world of ideals and pragmatic completeness. Thoreau, in addressing this question notes the attitude that civil obligation should be maintained for the sake of expediency and that government should be obeyed simply to preserve the services we enjoy as a collective civil society. Expediency does not take precedence over justice; however, people still must do what justice requires regardless of cost even at one's own life.

If one is not prepared to defend what is just does not deserve one’s life given in justice.

Thus, Thoreau writes, "If I have unjustly wrested a plank from a drowning man, I must restore it to him though I drown myself." The people of the United States, urged by Thoreau, must stop slavery and the war with Mexico even if it costs them their existence as a people. 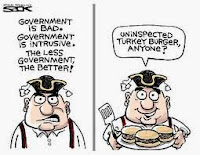 Thoreau rejects that a person must sacrifice or marginalize his/her values out of loyalty to the government; he believed that if an individual supports the government in any way then that person is complicit in injustices done by the government--even if the support is only in form of respecting authority. But we must then ask can a society function if everybody is a man first and a subject afterwards? Even if Thoreau's principle does become implausible when universalized, does this mean that it cannot pertain to a particular person's actions?

To reconcile these difficulties, Thoreau argued that it is each individual’s own moral duty to set a standard for him or herself. This transpired a strong sense of individualism and skepticism toward government that has served as the basis for many important reform movements. So we see where the irreconcilable ideals of forms reconcile with the pragmatic completeness of the world—indeed, this strong sense of individualism and skepticism is particularly embodied in the American values and has allowed America to become a nation of relative freedom. There we find a better government, one which attempts the reforms out of a moral obligation of the few; no longer is the majority rule simply arbitrary, but challenged in the sense of what is right. 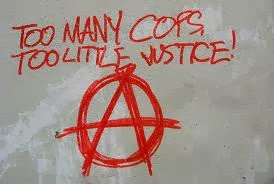 There we find that government is better which governs least—we men/women have such individual moral obligations to do what is just for the governed, and the power is placed with the people--not lobbyists, not lawyers, not politicians or corporate greed.We make our government better, no one else.
Posted by Jin Kong at 1:51:00 PM