The Lighter Side of Dark Matters: Dilemma for a Midwestern Man from Beijing.

Living a life is about the choices we make, not the final destinations. Spending the holidays with family and friends made me realize our choices are often made in loyalty to our perceived people and communities—they define where we are to go and what we are to see. It is by these extensions of people that we define our views and shape our political will; it is by the support of those who are near and dear to us that makes us who we are—an existential whole.
For me, the choices are complicated. I have two homelands and my allegiances are divided across the Pacific and placed with two very different peoples.
China is my birthplace and the place of my childhood. I have not, and perhaps never will, shed the rosy glasses I have seeing my people as a proud and powerful nation rich in history and capable of great things. I must believe in all things good in their strength, it is a necessary choice I make. 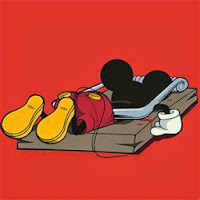 The United States nurtured me and gave me knowledge to study China from a unique perspective many Chinese do not enjoy. The U.S. is a land I defended with life, liberty, and in pursuit of my own happiness. I am forever indebted to the U.S. and its people; I am forever bound to its success as a proud and powerful nation. It too, is a necessary choice I make.

You see my dilemma. I must live a contradiction and make something of it.

My dilemma seems to magnify with the recent economic turbulences and China’s new aggressive “soft” strategies around the world. For a people of much humility, China’s new emergence in global politics and economic participations draws criticism from lack of transparency and understanding of the Chinese culture and politics. All these things make my Christmas dinner conversations complicated and incomplete. The best I can do is assuring people that China has noble intentions in its sovereign wealth investments and has a limited experience as a free people under the autocratic rule of the Communist Party; it therefore must make its decisions to the best it can and adopt to the international norm as steady as it can to internally accommodate one-fifth of the world’s population with 10% still living below poverty.

With the recent tumbles of European and American markets, I sense China has a distinct advantage and opportunity to reserve its humility in pride and power. With its conservative fiscal policies, its huge sovereign wealth reserves marks China an enticing investor to bailout our irresponsible bankers. Yet China, more recently, is also attempting to upgrade its economy in sustainable ways and lift more people out of poverty while balancing its sustainable growth with environmental, social, and public health impacts. This makes it a great potential for U.S. businesses to offer assistance in that upgrade and leverage profits from an emerging consumer middle class that is taking hold in China’s new free market economy.

Things, however, are not always as simply as they seem to be. China may have the wealth and power to invest and draw investors, leverage aggressive central policies to shift its focus from pure GDP growth, and entice sustainable growth across the board; it does not have the contemporary experience to govern by “rule of law.” The remains of China’s imperial past still lives on, its rule of law often misinterpreted as “rule by law” either intentionally by those in power or as consequences of ignorance of the people.

This makes U.S. cooperation difficult. While we wish to assist with China’s market upgrades and stand to benefit from China’s investments, we fear China’s lassie fair styles and unhindered intentions to strip U.S. companies of their intellectual properties and resources. We fear China will place our welfare after its own and we fear that we stand to lose on the deal. Regardless of how much China wants to assure us of their progress in “rule of law,” we fear the uncertainties and the visibly invisible Chinese autocratic decision making entity—the Communist Party.

The fears are warranted. China has often been said to be an old people of relative young constitution. Its understanding of inherent rights and freedom of choice almost infant compared to western countries, yet its traditions and philosophical understanding of things that matters to the market place build on the foundations of inherent rights and freedom of choices deeply entrenched in uniquely Chinese ways—Confucianism, Taoism, Buddhism, Legalism; all uniquely adapted to China’s 56 ethnic minorities. While secrecy is China’s attributable character, it is also only a partial understanding of China’s uniqueness. China’s secrecy came, in part, by way of foreign invasions and decades of distrust for western style profit driven policies and decision makings. Add that the new Chinese sovereign power, the Communist Party, aimed to abolish all that is traditional to China during the Cultural Revolution, China now has only a limited scope of context to deal with its new role as a super power on the world’s stage. I would think China is entitled to such deeply entrenched distrust for the old ways of capitalism, not only because of ruminant of old new communist ideologies, but also because of things we now know about our own practices—American corporate greed, social irresponsibility, and moral indifference towards others. If we lived and came from those places, how is it that we do not fear this from others like China? As the New Deal shaped a generation of agency laws that controlled and advanced our own market process, we must give China time to develop its own New Deal to do just the same. Yet we face the limit of our aging policies the future for China remains uncertain.

We fear China for its lack of positive control and consistency under rule of law, we should equally fear our own lassie fair political and economic indifference in the years to come. While we have hope in our abilities to overcome our own faults in the likes of Occupy Wall Street, we should equally hope for such positive progress in the Chinese Communist Party’s internal changes. Neither nation is entirely free of corruptions nor is either entirely full of moral goodness, the tough question is to ask what we can do together in light of our imperfections.

You now see my dilemma with my family dinner conversations.

While you make up your mind about China and its upgrades, and while you decide if there is any chance the U.S. can come to an agreement with China on joint efforts in terms of financial progress that will advance the goals of sustainability, keep in mind there is no evil plots behind China’s closed doors; only generations of distrust and resentment resulted from foreign invasions and internal political struggles. We can blame China for its inconsistent rule of law practices and aggressive and irresponsible monetary policies of the last two decades; we must consider these in context of a larger history and decide if China can make reasonable progress in light of its infant contemporary understanding of international norms of rights of the market and people and solidarity.

How must we reach an agreement in defining the rule of law for both nations under the current economic pressures and our uniquely advantages? How can the U.S. price and protect its intellectual currency and how can China exchange their savings for those things? Can the two nations make sensible decisions about their view on one another to come to grip with our global sustainability crisis? Whose responsibility is it to ensure global transparency and responsibilities of practices to ensure adequate standard of living for the 100% of our human experience?
I’ve come to learn that life isn’t about the final destinations. It’s about the choices we make and the journey as the result of our choices. In college, I was fascinated by decision theories and process models; but these days I know better to think I can control or even understand the journey. I hold on to whatever little freedom of choices I have in the matters and just roll with the waves. At the end of the day, I feel much of a successful surfer than I do as one living a productive life; my fortune cookies have always said I would be a beachcomber, it just never told me I’d be a good one.
So much is the path of a nation: a People’s choices determine the fate of a country and there is no guarantee to positive progress; less even any meaningful method of measurements or understanding can be applied to such things. A nation’s democracy, or whatever hybrid form it takes, vests in some form of transfer of power from collective decision making to a final autocracy, the power rests with the people who is willing the consent to be governed and the decisions are taken out of people’s hands. We come together and form societies and name them as we please. We can never be sure they are good societies; less one day the planet no longer has the carrying capacity to allow our path, our autocracy breaks, and we face anarchy.

For one who hopes cooperative anarchy will ultimately win out the day, I dread the thought of anarchy before we are ready for such idealism.

My doom and gloom philosophical indeterminism aside, I feel, however, the urge to do what I can to contribute to the collective decision making process. Or else I stand to lose myself in an existential cynical cycle, a vicious one that looks not to living a life but to death as final consequence.

I had hoped I outgrew my Nietzsche days, but I fear at times our planet and the human experience is currently undergoing its very own existential crisis. So I educate myself to the best of my abilities and I inform myself of the topics as much as humanly possible. I know what I do is insignificant and incomplete, but I do what I can with the knowledge I can possibly acquire. I hold this to be the hopes of great men like Thomas Jefferson and George Washington, but that is entirely my own opinion. How you make your choices is your decision; and it is a necessary one, or else we stand to fail together in a spiral of existential, unsustainable, crisis.
Posted by Jin Kong at 12:36:00 PM