A Rough Glider's Tour of Sustainability and Food Safety Rules in China. 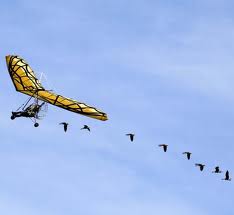 A sustainable culture requires the freedom of expression to ensure the forces of a governing body can be held transparent and responsible for the people they are to govern. Without this foundation, all talks of people, planet, and profit falls empty to inconsistent enforcements and irresponsible innovations.

But political idealism alone is not enough. A sustainable culture then requires the governing body recognize its obligations to care for its governed while balancing social welfare with the spirit of innovation so that stagnation is afar and progress is consistent and responsible. Or else we have a sustainability crisis with symptoms of social inequity and environmental injustice. Idealism of civil and political rights are checks and balances of social and economic rights of the peoples as well as the obligations of the states—all people as they come in communities and collective political interests—guaranteed by such things as the Constitution.

In the development of global human rights theories, we see this cyclical advancement as civil and political idealism—often dubbed as first generation rights—transfer power to the developing governments thus affording a transformation into developed nations supporting a welfare state—enshrining the second generation human rights of social and economic welfare. First generation human rights such as free speech and political independence allowed social and economic rights to flourish; but at the tipping point of welfare reaching excess, we see the market lose confidence and transparency retarded by mass ignorance wagging the tails of media dogs. This is precisely what has happened in Europe, only they are too proud to acknowledge that they are at the end of an era and have reached a dangerous tipping point of losing sight of their idealism so defiantly shown in the French Revolution, the Enlightenment, through the Magna Carta, etc. Europe is at the mercy of its own youth and their once spirited transformers are now a renewed oligarchy. Be warned, the U.S. is on this path and unless we enlighten ourselves, we have no other higher expectations than continue to push for the separation of the 1% away from the 99%.

China, on the other hand, is attempting to upgrade its status as a developed nation and coming from a slightly different way of achieving their sustainable culture. Although equally as far from the goal, China has developed a robust social and economic policy first at the expense of its entrenched Confucian virtue ethics and what western thinkers would call civil and political rights. China in essence developed its second generation rights to the extent that they can first, while still immersed in the dark ages of FengJianSiXian (irrational old thoughts—I know of no accurate word by word translation for this Chinese thought), with respect to civil and political rights. The rights of common man was thought to have been distinguished by the 1911 revolutions, yet the revolutions themselves only achieved little; China soon reverted back to its dogmatic worship of an emperor in the likes of Mao and Deng, continuing its FengJianSiXian well into the 21st century. Perhaps today, without an identifiable and charismatic leader, China really does have a chance to develop a robust civil and political system, along with a confident rule OF law understanding, to allow China emerge as a powerhouse with regards to SUSTAINABLE THINKING without the presence of an emperor or a philosopher king.

We do, however, see China struggle with government corruptions, inconsistent application of rule of law, and cronyism local protection in a vacuum left by Mao, Deng, and involuntary separation from Confucius teachings. We also see China undertake a transition recognizing its need for robust civil and political idealisms so defining of American Exceptionalism. Beginning in 1911 and delayed by world wars, civil wars, famines, a Cultural Revolution, and various impacts of blind capitalization in a flash of half of a century, we see China loosening its grip on political intolerance, religious insensitivity, and of course an embrace of its old Confucian ways.

We see signs of a shift towards more robust civil and political rights in China as China's state-run media and web users criticized a Ministry of Health rule allowing small amounts of potentially lethal bacteria, ones that sparked the MRSA scare, in frozen food. The health ministry ruling followed a series of recalls of products, including dumplings made by Synear Food -- one of China's largest frozen food producers -- because they contained traces of staphylococcus aureus bacterium. The recalls were forced by the people’s awareness and their loosening confidence of government’s ability to carry its duties and obligations; but rewriting the rules to disclaim levels of liability from the state is simply unacceptable by the people. It’s amazing China has not yet shut down its Internet due to this kind of political discontent and it’s more surprising that Chinese media, wholly state owned, is joining the dissent.

The People's Daily, a paper I grew up reading in China, and usually the Communist Party mouthpiece, urged authorities to "address public anxiety" after the rule’s revision.

"In order to rebuild the credibility of food safety standards, they should... consider whether the making of the standards is open and transparent."

"According to the new standard, ... toxin is allowed in foods as long as the amount is not to the lethal level," wrote one blogger under the name Tianxiaqimou.

China's food industry in the recent decades is plagued with safety problems while trying to adjust production levels to its population increases and cultivatable land decreases. Traveling to China, you can expect 40% of your diarrheic experiences to traveler’s diarrhea, but the other 60% could probably be attributed to bad hygiene, lack of food safety awareness, and simple disregards for the law. One of the biggest health and safety problem emerged in 2008 when large amounts of the industrial chemical melamine were added irrespective of the law in dairy products and in baby’s formulas. In September last year, authorities cracked under pressure and called for tougher penalties, including the death sentence in serious food safety cases. But at the same time, China is yielding apparent in the new weaker rules from the MOH.

But why has China loosened the rule that itself has deemed politically necessary? I could speculate this to the rarely addressed capitalism problem running afoul of virtues of social responsibility but I think China addresses this enough. I would also attribute this to China’s separation from Confucian virtue-ethics but I think China is embracing Confucian teaching as of recent. To be productive to the conversation, I want to alert you to what the U.S. stand to benefit and how we must do so to promote sustainability—by the virtue of Corporate Social Responsibility.

“Wal-Mart was recently sanctioned almost $600,000 and ordered to close its 13 stores in Chongqing after it was discovered to mislabel ordinary pork as organic for a higher price.”

“On the other hand, this incident may very likely set Wal-Mart back and become a great opportunity for its high competitors to take advantage.”

"[W]estern companies manufacturing food-related equipment may also find themselves gaining grounds in China. A month ago, the local government in Shanghai announced that all the restaurants in Shanghai must install oil/water separators in the kitchen by the end of 2012."

American companies—with the specialties in equipment and expertise in management knowledge developed from years of compliance with FDA and EPA stringent regulations—can export those things and help their Chinese counterparts meet the rising levels of Chinese environmental laws and mounting pressure from consumers. The take-away here is, as contrary to some politicians who would love to be rid of the EPA or FDA, government regulations with a sense of transparency and fairness for the people is ultimately beneficial to one’s own sustainability culture, but also may just turn out to be profitable to a emerging global market place.

China and the U.S. may have took different paths to sustainability and their various approaches from first generation civil and political idealism or second generation social and economic interests are wholly in contrast, we come to understand that neither nation has the right approach but jointly we can stand to benefit from harmonizing our strategies and mutually benefit our people and societies. Perhaps China can learn a lot from the U.S. about free speech and leveraging its power to embrace China new sense for Rule of Law and disregard the need for worrying about social instability resulting from its own incompetency; the U.S. can learn a few things from China’s once ancient Confucian virtue-ethics and incorporate into our own Corporate Social Responsibility doctrines to shape the new paradigm of Sustainability.
Posted by Jin Kong at 2:47:00 PM