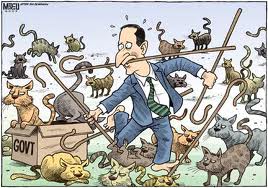 GOP candidates dominate the airwave these days. While I am bemused by the political process for its mudslinging that entertains more so than it progresses, I can't help but notice some real work are actually being done on the Hill. While we gripe and complain about Congressional inaction and watch closely who will be the next commander-in-chief of the herd of cats on the Hill, we soon forget that often the media are driven by the bad, the ugly, the insane. It’s time like this we take note of potential bipartisan progress that is meant for the good of the nation—we take note of progress, hopefully, being made by the elected officials. I consider this my duty as a ranting fool and a pontificating blogger, to help you see the other side of media power that helps build progress, rather than draw drama for ratings.

I draw your attention to the politicians away from the spotlight who recently reintroduced the bipartisan Healthy Food Financing Initiative to help expand access to healthful, fresh foods in underserved communities.

Representatives Schwartz and Brady note that American children today are living shorter, less healthy lives than their parents—a seemingly contradiction to our proud developed nation status. A regression in standard of living and health expectancy marks our lowered expectations as the world’s super power. 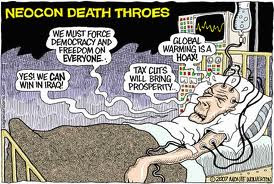 In light of these facts, we must ask the tough question of where we stand in the whole scheme of things in terms of positive progress. After all, we expect such reversion of health standards in places where wars torn its lands and corruption pillage its people. We do not expect this sort of retardation here in the U.S. But that is exactly what is happening. In the past 30 years, our childhood obesity rate has tripled and obesity rate amongst adults is no more encouraging. By 2030, we can expect half of all adults in the U.S. to be obese. The obesity epidemic is the primary cause of chronic illnesses such as diabetes, heart disease and cancer. All of these health related problems have a major impact on our economy: we currently spend 10% of health-care costs on preventable, obesity-related illnesses, and some projections indicate that that figure could double. Yet, as Dr. Campbell notes in his book, The China Study, no one seem to be addressing prevention.

Some politicians would like to displace the burden on parents. It is assumed that parents have a primary responsibility to shape their children’s healthy eating habits, but Representatives Schwartz and Brady notes that it is not as simple as going to the local grocery store and making their kids eat healthy food.

Parents often have limited access to healthy food to start. According to reports, 24 million Americans live in food deserts—urban areas lacking access to a supermarket within one mile, or rural areas lacking similar access within 10 miles. These parents have no convenient and affordable way to buy healthy food. They either have to spend hours traveling for their children’s wellbeing or are forced to feed their children significantly less nutritious options.

Schwartz and Brady argue that to fight the obesity epidemic in this country, the political wills of elected officials should start with the most basic solution: access to healthy foods. They argue that increasing access to grocery stores in underserved communities will not only address the growing health problem but will also help stimulate local economic developments. They note that often high start-up costs and limited access to capital prevent local grocery operators from opening new outlets in the food deserts. With the recent interest in slow food, they note that many such operators have opened in these underserved communities have been commercially successful; but urban operators face “increased real-estate costs or limited availability of commercial real estate, increased employee training needs and costs, elevated security expenses and, often, zoning restrictions. Grocery stores in rural food deserts face increased food-delivery costs due to distance from distributors, dispersed customer base and low volume.”

To address this growing health and economic problem, Schwartz and Brady, along with their colleagues, reintroduced the bill aimed at creating a national initiative based on the successful Pennsylvania Fresh Food Financing Initiative, “which has supported 88 new or improved fresh-food retail outlets since 2004 and leveraged a $30 million state grant to generate $192 million in grocery stores and other projects.”

Pennsylvania's initiative has created or retained more than 5,000 jobs and increased access to healthful food for more than 400,000 residents across the commonwealth. In 2006, a single 57,000-square-foot store in Philadelphia created 370 jobs for residents and generated $540,910 of local tax revenue in one year.

Aside from the food deserts, there is also a pervasive fast food problem here in the U.S. This is also spreading to other parts of the world and causing obesity in places that have not known obesity. When I left China in 1992, there are only a few fast food places and no visible obese children. It is a different story these days. It is one thing to bring access to health food to children, it's another to work with the existing infrastructure to create more healthy food options. I know many food advocates would sooner like to be rid of places like Burger King and KFC, but I would like to think these chains, with a already in place infrastructure to deliver, could be leveraged to bring healthy options to otherwise unavailable places too costly for grocer operators. Imagine the next time you pull up to McDonald's and instead of being asked "would you like to try our triple cheese with bacon," you are asked "would you like to try our new healthy options?

Of course that means the cost of operating healthy options for these chains must be adequate. That means motivating these fast food joints to cooperate with healthy food suppliers locally. Redistribute their supply chain away from CAFOs to more locally grown places. All of these require a new sense of corporate social responsibility from the CEOs of these food giants. 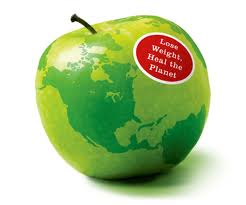 Food is a necessity, a love for all of us. It is time we take notice of its importance in our personal lives, in our economy, and in our future generations. It's is also time that we take notice of being cooperative rather than bash into each other in a game of chicken. There is a way for all of us to prosper in reshaping our eating habits and developing new models to spread to other countries. If we are to reclaim our status as the world's super power, we don't need new weapons or new engines, we need new ways of living in better ways.
Posted by Jin Kong at 4:10:00 PM