A Most Often Misunderstood One.

A man, looks as if he had not been eating for days, is slowly moving along the sidewalk. He is wearing dirty cloths and looks improvised. He stops every few steps, closes his eyes, and seems to be talking to himself deliriously in some strange language.

Imagine you are kind hearted religious person, a Christian; do you


a) offer the man a place to stay and some food? Or do you
b) walk by and pretend you do not see him and pretend as if the man needs no help?

What if I told you option “a” was the wrong thing to do?

Would it make a difference if I told you the man is a traveling Buddhist monk and he has been on a fast and is walking across the lands in slow, deliberate, steps in meditation; that he needs neither food nor shelter, and your offering offends his sense of self-imposed suffering?

But how would you have known that in the beginning?


My wife was recently presented with this case scenario in her “social change” class. Her first gut reaction was that the man may not need help at all.

“It could’ve been his culture or self-determined condition to be that way. We don’t know that he is homeless, needs or wants our help. It's culturally imperial of us to assume that.”

“How dare we assume to be of the better and that he is of the worst, and that we assume the man needed our moral righteousness to intrude his ways?

She screamed at me in frustration.

“When I tried to explain that there may be more to the story, almost everyone shut their ears; as if listening to anything but their version of the moral rights was wrong, and I, along with this man’s world, am objectionable.”

“It’s probably  because we came from the sentiments of colonialists, and our sensitivity resides in guilt. We rarely stop and ask and listen. We just assume. In many ways, we are still trying to colonize the moral high grounds leaving the rest of the world at our impious imperfections suffering our ignorance.”

All of this is to just make us feel better, making our lives the more comfortable: because we would never have to confront things; because we would never have to live with someone else’s reality. It’s an easier thing to do to assume the man homeless and we the saint; it’s much harder to ask and learn about his religion, his convictions, his actions that shapes his realities—it’s much harder to get to know the saint in him and the ignorant in ourselves.

A while ago, I saw similar criticisms for China’s aggressive Clean Production Laws and Circular Economy Laws, mounting to not much more than China’s failure in its sense of enforcing American standards of rule of law in a Chinese legal context. One law firm predicts that China will continue to indulge; while another argues that China, as a developing nation, ought to protect developed nation’s intellectual property interests and buy more products from the U.S. to solve its own environmental problems.

First, China has not had a robust Intellectual Property (IP) legal regime in its two thousand year history. Its IP are all thought to be open sourced to the public. When it was regulated in China’s history, it was regulated by the emperor to be used for the good of the society, not for individual profits.

So I’m not sure the whole calling China to enforce more IP rights is likely to go anywhere anytime soon especially there are huge economic incentives for China to not enforce the many IP claims.

As for China’s overindulgence, I’ve sentimentally sided with the Chinese people a while back. I hold my beliefs firm in that China will have the will power to not only stop their overindulgence, but they are capable of fully employing their unique understanding of their own laws to conform to international standards with respect to social, environmental, and economical legal norms. So any argument that Chinese laws are too generalized misses the point that the Chinese people are not accustomed to the way westerners write their laws. In order for laws to be effective in China, it must muster with its entrenched formalities and rituals as well as slogans and general principles from the central government.

As for John Lee’s argument, I think he is simply guessing as to China’s true intentions—offering unwanted criticism to one who is walking along his own path. Lin Mingche and Yang Fuqiang wrote a very nice rebuttal to John Lee’s article. I highly recommend that you read it here.

China has a very unique understanding of social organization in formalities and rituals, influenced by over two thousand years of Confucius teachings; but the philosophical foundation of those Confucius thoughts has been largely severed from the social consciousness since the 1940s.Only empty rituals remain. I know this is one reason China is reluctance in promulgating “clear and precise” western style laws and enforce them consistently across regions. It is simply not realistic to expect the Chinese people forget two thousand years of legal understanding and adopt to a system that is so pervasively as to amount to another colonization—in the market place as well as on moral grounds. No people would accept this. It’s like asking if the U.S. would suddenly adopt China’s current unitary party system and allow a pervasive philosophy take over its social governing system all the while asking the American people to eat with chopsticks.

No more forks and knifes boys and girls. 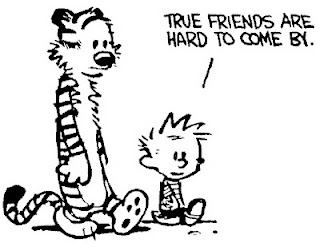 . . . and the man in his dirty cloths continues to walk in search of his own sense of belonging in the world. Before you think of his status or his needs for guidance, you should ask first and spend time to listen to his stories.
Posted by Jin Kong at 4:27:00 PM