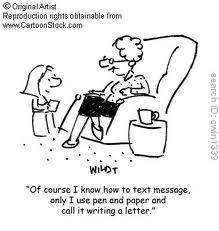 My writing is inconsistent; sometimes it’s decent and other times it’s just blatantly offensive to good English. But I keep writing this blog for two reasons: to learn to write well and to learn to reason well my own rational thoughts for the better of this nation, of this world, of this Human Experience. It's a process for me to become a better writer, a better human being.

I’ve been seeing a lot of writings lately that serve just the opposite aesthetic forms of discourse. Instead of building hopes and learning, intrinsically, these writing build fear and chaos in others. The writers write not to inform, but to resolve to a more sinister end.

The Republican National Committee — the group that shapes the national GOP political platform, and indirectly, shapes the whole country’s political discourse, recently wrote, and passed, a resolution in January warning Americans of a plot hidden in a United Nations report called Agenda 21.

In the words of Greg Hanscom from Grist:

Short of suggesting that we all wear tinfoil hats and keep an eye out for contrails, the RNC would have been hard-pressed to put itself further on the wacko fringe.

You can read the an article about this RNC initiative here at the New York Times. You can also download the whole copy of their resolution from the RNC’s website here.

The RNC is pushing for the resolution to be adopted into the official Republican Party Platform at the national convention in Tampa, Fla., in August. This means it will be an officially endorsed piece of writing of a sinister plot and irreversible sense of becoming a fear-monger of a society.

But here’s the thing: Agenda 21 has been around for TWO DECADES, and, as the RNC resolution points out, “the U.S. government and no state or local government is legally bound by [it].” The agenda, which grew out of the 1992 Earth Summit in Rio, is a call for international cooperation to address poverty, hunger, and a host of other issues tied to the unraveling of natural ecosystems. It calls for “the broadest public participation and the active involvement of the non-governmental organizations.”

And what about ICLEI, the U.N.’s alleged agent of destruction? The group offers services for a growing number of towns and cities that see measures such as energy conservation and mass transit as ways to save boatloads of public money and to attract businesses and economic development. More than 550 local governments in the U.S. have signed up for voluntary membership to date.

The RNC antics would be more amusing if Tea Party Republicans weren’t picking up the tactics and writing more to scare children; but it seems the scare tactics work on children as well as on our politicians:

House Speaker John Boehner and the Republican leadership of the U.S. House of Representatives announced plans last Thursday to cut all designated funding for mass transit. This came just two days after the House transportation and infrastructure committee unveiled a draft transportation bill that would cut funding for bike and pedestrian infrastructure and the Safe Routes to School program.

The New York Times story reports that Tea Partiers are conjuring Agenda 21 in fights against everything from mass transit to energy-saving smart meters. “The real job of smart meters is to spy on you and control you — when you can and cannot use electrical appliances,” one Tea Partier told a crowd at a recent hearing in Roanoke, Va. Newt Gingrich stoked the furor when he referenced Agenda 21 in one of the Republican debates last month.

This isn’t brand new. Dan Maes, a Tea Party candidate for Colorado governor in 2010, claimed that a bike sharing program in Denver was a “well disguised” plot to turn the city into a “United Nations community.” In the San Francisco Bay area last spring, the black-helicopters crowd used the report to rally fanatical opposition to a regional planning effort. Conspiracy theorists in Florida even saw the New World Order lurking in a septic tank inspection law. (They’re in the plumbing!)

The list of paranoia goes one; you can find them here on Grist.


I write for two reasons:

First, English is not my first language. As an intrinsically competitive person, I want to be a better writer than myself from yesterday. It compensates for the fact that I can no longer write poetry and verses in Chinese—a skill I once cherished and was praised for by my teachers. In a way, writing is my escape from knowing that I can no longer relate to my Chineseness in intimate ways.

So I write to learn to love my new place, my new country, my new language.

Writing also helps me think. From writing, I learn that my thoughts are not as organized as I like them to be. Writing helps me put words into places that fit, thoughts into places that make sense; like playing Tetris, writing for me is about the art of lining things into sensible blocks so I can clear the mess and see the world in better ways.

I write to learn and I know my writing and my knowledge are tangled in an imperfect state of becoming.

That’s my Chinese influence: Confucius thought that linear rationalism is not the way to reason with the world, Daoism and Buddhism both reinforces the ways of an art form in transcendental transitions. To me, therefore, the western world made no sense at first; but through my writing, I have come to learn about this new world as an aesthetic art form of ideals and passionate people.

From those deeply ingrained eastern influences, I have come to see America as its truest place of freedom and dreams, not in the luxuries, but in its people’s determination and participation in a great discourse that ultimately determines the country’s own path of becoming.

What is writing for social change?

I sometimes write just for the sake of writing. I look at what someone else has said, I note the affinity of their opinions with mine, then I pontificate with some random words placed on a web-space; and I called that writing. Some would coin it as writing for social change (regardless of how ineffective it may be).

I always get the urge to correct them: “NO” I would scream in my head, “this is not writing for social change. It’s more of an exercise of the mindless and becoming of what is not to be.”

We do it because it satisfies us in some weird ways, it helps us sleep better at night, knowing that we have at least done something today—fought a war, killed a terrorist, blamed someone else for our problems.

NO, I DO NOT THINK THAT IS WRITING.

Writing is about finding reasonable ways to better ourselves, to BECOME better human beings amongst misunderstood others. It's a hard thing to do; it takes time, patience, and determination. Most importantly, it takes the audacity to write for the right purpose, but know when I am just plainly wrong. I can’t seem to get away from it; it’s addictive to me, a nostalgic drug that reminds me of the once young and innocent me who did not see the world as a terrible place; before I saw what happened on Tiananmen, before I patched up injured kids in Iraq, before I saw the homeless and injured veterans across America.

In all of my experiences, I have not felt for one moment that a "call for international cooperation to address poverty, hunger, and a host of other issues tied to the unraveling of natural ecosystems" is wrong. But then again, I'm only one person. I write to only better myself--for selfish reasons.

So I will keep writing; you can bet that my writing will not further this whole mess with the RNC and its tactics to scare our children and politicians. I have bigger fish to fry, a planet to save. I have bad writings to do.

I urge you to write as well. In your writing, may you discover how you can become a better human being, to reshape our future "development[s] sustainable—to ensure that it meets the needs of the present without compromising the ability of future generations to meet their own needs.”

Thank you and good night.

古之欲明明德於天下者, 先治其國。欲治其國者, 先齊其家。欲齊其家者, 先修其身。欲修其身者, 先正其心。欲正其心者, 先誠其意。欲誠其意者, 先致其知。致知在格物。  (The ancients, who wished to spread virtue throughout the world, began with their own States. To govern well their States, they gathered their families. Wishing to unite their families, they cultivated their persons. Wishing to cultivate their persons, they rectified their hearts. To rectify their hearts, they sought to be sincere. To be sincere in their thoughts, they cured their imperfect knowledge through learning. Knowledge lay in the investigation of things.) 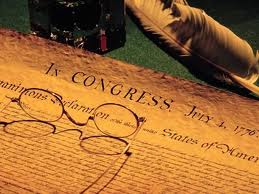 The investigation of things manifests in our most sincere writings.
Posted by Jin Kong at 9:27:00 AM