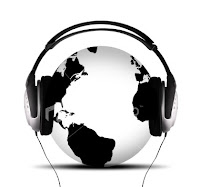 (I've been on a mental break for the last week. In the duration, I worked on a book review for Harry Belafonte's My Song, a Memoir. The process has made me appreciate the meaning of social change in the artist's soul. From it, I've come to reconsider many things about my own life, about my own ambitions; I have come to reexamine my desire to shape a better world for today and tomorrow. The question I must ask now, where is the soul of my movement? How will I sing my song?)


We learn what we can about social movements from history books and documentaries; all of which are incompletely objective—lacking a self-description of the soul, the art, the music of the movements, of life in general. To find that, we read the memories recollected in search of an artist; we read memoirs of those who’ve learned what it means to create hope in the darkest of times.

My Song brings us the recollections of one such subjective, holistic, and artful account of a life—one that held the Civil Rights Movement together, one that held the people of the movements together. In Harry Belafonte’s memoir, My Song, we hear beneath the songs of civil freedoms the underscores of his personal struggles in his three marriages, in his concerns for his children, and in his encounters with betrayal and accusations. In all of the pains and pleasures, we come to appreciate Harry Belafonte not only as a pop icon, but as participated in something far greater. Through his music, his passion, his troubles and apprehensions, we come to see his immersion in the Civil Rights Movement transcends popular sentiments; we come to see the Movement culminating to a focal point in reflection on more intimate terms with the human experience; we come to see the Movement through Harry Belafonte’s generosity to a brazen feeling so real.

“Harry,” as Dr. King would affectionately call him, gave to the life of the Civil Rights Movement; My Song is Harry’s composition. In his music, we hear the soul of a struggle unyielding. 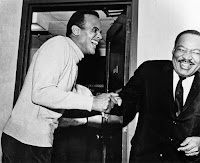 “I pray the day will never come, when I can't awake to the sound of drum, never let me miss carnival, with calypso songs philosophical.”

Mr. Harry Belafonte was born March 1, 1927, to Caribbean immigrants. He grew up between Harlem and Jamaica; raised by a proud working class mother, he was heavily heartened by his unconditionally loving white Jamaican grandmother. They both nurtured him to have the will and easy to navigate between race and class so he could negotiate his ambitions. In his memoir, we fathom Harry Belafonte’s participation in the Civil Rights Movement would not have been possible if it were not for the influences of these powerful women in his early childhood.

As a young man, he served in the Navy during World War II and later used his GI Bill to study theater. He became fast friends with the likes of Sidney Poitier and Marlon Brando, both of whom shared his passion for human beings more than for things of tradition and prejudice. Harry described them both in his memoir warmly as caring and compassionate men fitting to inspire the spirit of movements; albeit, as he noted, Brando was not celebrated for such sentiments. These men became his pillars of support; through them, Harry Belafonte would find his perseverance to achieve despite time’s oppositions.

Harry Belafonte went on to star in movies at the dawn of the Civil Rights era featuring, above all, leading black roles. Most notably, he started opposite Dorothy Dandridge in Carmen Jones (1954), with Joan Fontaine in Island in the Sun (1957), and with Inger Stevens and Mel Ferrer in The World, the Flesh, and the Devil (1959). Amongst his co-stars, Harry Belafonte made keen observations of the tragedies of Ms. Dandridge’s life in his memoir; the story of love and strive, of race and struggle, is worth a study of the burden one carries in the human experience of paradigms.

Outside of the film industry, Mr. Harry Belafonte is more famously known to the world as a musician. In 1956, he released the first million-selling full-length LP in history—Calypso. He would later become known as the “King of Calypso.” One of his celebrated song, the “Banana Boat Song,” epitomized the Calypso style and the Civil Rights struggle in general: depicting working men sweating all day and unpaid, begging the tallyman to give them an honest count of the worth of their lives—counting the bananas picked—yet if unpaid, they would have a drink of rum to indulge their equanimity. To the careless listeners, the Banana Boat song is a song of joyful cheers; but to Mr. Belafonte and to the struggle, it is hope.

Harry Belafonte went on to record in many genres including blues, folk, gospel, show tunes; but he is mostly proud of helping other artists discover their own voice in an era where it meant something to have a voice for what one believed. He was attributed to bringing hip-pop to Cuba giving a people a renewed sense of culture in an increasingly political climate. He worked relentlessly to discover himself and others in movements of the people in lyrics and rhythms that told their stories. He saw himself as an artist by trade but an activist at heart. He writes, “A lot of people say to me, 'When as an artist did you decide to become an activist?' I say to them, 'I was long an activist before I became an artist.'" Where we meet ideological divides, Harry Belafonte tumbled social differences with his artful soul. To Harry, he always thought himself an activist.

Although Harry Belafonte is known as a musician to most; but to those who would really care, Harry Belafonte is an audacious civil rights activist. He was a key confidant to Dr. Martin Luther King Jr. and to SNCC; he was instrumental in forging negotiations between the Kennedy Administration and the Civil Rights leaders; according to the New York Magazine, he was the “only man to speak to both King and Bobby Kennedy on a daily basis” through the Civil Rights years; he financially supported many key civil rights engagements and organizations without recourse. The book, My Song, in fact opens with a life-or-death scene describing Harry and Sidney Poitier, risking everything, delivering what funds they were able to raise to support the Civil Rights volunteers during the Freedom Summer.

His creative activism persisted throughout his life and extended well beyond civil rights issues in the United States. He was the prominent architect behind the “We Are the World” video for African famine relief. He was appointed a goodwill ambassador to UNICEF, helped launched a media campaign to raise awareness of the needs of Rwandan children, supported campaign against HIV/AIDS; he was personally involved in prostate cancer advocacy where others shunned such controversial issues. In his later years, returning to his roots and passion for civil rights, he produced the Gathering for Justice Project to train minority youths in nonviolent activism. His involvements and accomplishments are impossible to catalog, but his triumphs easily visible.

Despite his fame and a gambling problem, Harry Belafonte always put passion art and soul before notoriety, justice before wealth. He never would let injustice go by unchallenged, even when it is the unpopular. Calling George Bush a terrorist in 2006 and judging President Obama to be insufficiently compassionate and uncommitted to the poor, he was alienated by the King family for their political alliances. It broke my heart to learn that he was not invited to Coretta King’s funeral for his asperity and convictions, but life is not celebrated at death for dear friends; attachment to such atonement for the ceremonies is mere empty desires designed to comfort strangers and make true friends suffer. Harry Belafonte does not deserve such penance; he will always be with Dr. King and Coretta King as he will always be with the Movement.

Throughout his life, Harry Belafonte rejected conformity and maintained his tenacious dignity as his mother promised they would; through it all, Harry would be the rock in the wind, the anchor in the storm. Belafonte’s unswerving candor and ego are so often applied to the service of others that we must forgive his apathetic character; from his memoir, we come to admire his stern voice in life’s struggles.

In all of the chaos, his voice would be the voice in silence.

To read Harry Belafonte’s My Song is to discover the soul of a struggle; to read My Song is to hear a rhythm and melody so tempting that you must sing your own lyrical struggle in the music of the “Banana Boat” and “We Are the World.” To Harry Belafonte, there is no greater honor than to have you sing your song in a movement you believe.