乐观 (Lè-Guān), On the Brighter Side of Things - by Lauren Campbell Kong

(with contribution from Jin Kong)

(In honor of International Woman's Day)

The Middle East and Central Asia are regions of diverse human culture. Having such diversity is important from an evolutionary perspective; but from an ontological one, this diversity has wreaked havoc. The vast diversities in ideologies, behaviors, and lifestyles between the Orient and Occident have led to in-depth scholarly work but have also brought harsh judgments, misinterpretations, and cultural imperialism to the human experience of these regions.

Anthropology came from our desires to memorialize cultures; it comes from a good place—wanting to understand what others do not. 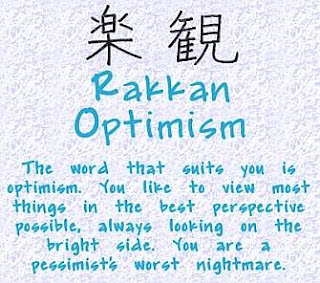 Edward Said’s view on Orientalism and his criticism of anthropology was, in my opinion, accurate. Yet I take an optimistic view on the idea of intent. I believe that the anthropologists around the world would not consciously attempt to aid in the Orientalist discourse Said had described.

Anthropology as a discipline, has tried to explain the varying cultures of these regions; but through the ‘scientizing’ of human and social variations, Anthropology—the discipline—has categorized and perpetuated to a growing stigma surrounding these areas, as have other social and political sciences. But it is only natural for humans to categorize; it is ingrained in our cognitive neural network. I believe we also have the capacity to stop perpetuating those categories. Anthropology, to me, is categorically imperative to the understanding of humanity in that capacity.

“Understanding” of other cultures is thus possible. True knowledge of a completely different set of ontology is revealed when one is complete immersion into the target culture. That requires a certain level of un-comfortableness, "uncategorizing" if you will. This is where we have an advantage seeing the world through the eyes of an anthropologist.

Anthropologists are generally observant and accepting. This is because anthropolgists often put themselves outside their comfort zone—in another culture. This offers them the ability to accept and be accepted by others; it offers the opportunity to really learn about other people and really hear their stories. These are the keys to understanding humanity and the encompassing, holistic, human experience.

Take for example: our understanding of kinship and family structure that has evolved in the field of anthropology. Segmented Linage Theory, which thought that kinship was a political explanation for territory and lineage, has undergone substantial reform. Over periods of time studying the Middle East and its cultures, anthropologists realized that kinship was a very complex system that varied from culture to culture; it is affected by location, cultural norms, marriage practices, politics, environment, etc. This caused a profound change in understanding the Middle East and Central Asia: kinship is not always built around blood relations. Eickelman discusses this in detail, describing someone who claims to be related to his neighbor because of a common ancestor from seven generations ago. When told that there is no proof of that, he claims that they are related and that at some point they shared a common ancestor; but more importantly, he knows they are related because they visit each other weekly.

Other theories have also changed dramatically over time. In early days, the prevailing thought was that humans were cultural robots and its population did whatever the culture expected of them; this is the structural viewpoint. Then agency came into theory. The idea that people can reflect on their decisions and chose how to act in the future became relevant. With regard to gender issues, this has changed considerably. In the book, the Guests of the Sheik, it was obvious that the women choose to wear their veils and that they do not mind being out of sights of men. This concept is something that westerners do not understand: that the women choose to live this way, that they choose to cover themselves. This idea of practicing agency was crucial to the understanding of these women and their human experience.

Through time more changes haveoccurred: the concept that people and culture do not fit into neat, little categories were accepted; we now know human beings are more complex than that. Yet I do not believe these new models have offered any answers to Said’s critiques of Orientalism. I think that in order to answer Said’s points, there must be a focus on the human experience in its similarity and not differences. We must begin to think of ourselves as a single species and not focus on how we eat, look, and talk differently; it is through that discourse the Orient and the Occident will not be so different. This requires systemic change and it requires us to put less emphysis on skin colors and cultural differences and pay more attention to how we think differently and how we can contribute to our common goals. Jin always tells me conversations can change the world. It is through the discourse of our differences that we have created a ‘great other’ and it is through discourse of our similarities that we can smother the ‘great other.”

A warning: Anthropology, too, is susceptible to being too systematic. One is not immune to become institutionalized, continues to perpetuate the ‘scientization.’ The intent in any institution these days is one-sided driven by only the need to survive as a "publish-or-perish" institution. The pursuit of knowledge is no longer for its own sake, economic incentives takes hold and destroys the means to a honorable end. At times, it is sad to think that cultural differences are exploited and commercialized for the sake of perpetuating profits making such as in the media, in corporate life, and in academia. There has to be a system of check-and-balances in these institutions, one that Americans have come to deeply appreciate since its political founding. Edward Said was correct when he said that western disciplins exaggerate the difference of differences—put fear before progress. Anthropology and ethnography is not entirely to blame, the exploitation of these disciplines is systemic.

But I hope Anthropology is evolving. Fundamentally, there has been a paradigm shift from looking at one overall theory to breaking theories down into smaller parts; this has occurred in many social sciences and anthropology in the modern years. But the balance must now demand the pendulum swing the other way. Now the parts must come together and Anthropology ought to be part of the overall reincorporation of knowledge into wisdom--so we can experience the "aesthetic emotion of well being."

Architecture is a art when one consciously or unconsciously creates aesthetic emotion in the atmosphere and when this environment produces well being.