I quit my job a while ago thinking that I was going to be a social entrepreneur. I had an idea about building a mobile application collecting local “green” food services and offering them up on an interactive map. A lot of people thought it was a good idea. 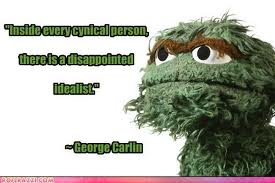 Through the venture, however, I became a cynic. I realized most of the “green” food and products around me didn’t address problems I saw: hunger, obesity, waste, income inequality—all of the systemic problems I came to despise.
To avoid building just another get rich quick scheme, simply perpetuating a way for the affluent consumers to alleviate guilt at consuming designer and luxury items, I held off my ambitions until I can figure out a way to really solve our sustainability problems and not at the expense of those less fortunate. I amended my company’s goal and limited myself to only writing and publishing what I am learning about sustainability. Being true to my process improvement training, I felt I had to first adequately understand the problems I set out to fix and properly define the scope of my ambitions before I can really set out to design a product.
That was a year ago. Two days ago, a friend in London introduced me to the idea of “Constructive Capitalism.” I did a bit more searching online and found Umair Haque’s passionate appeal for “Constructive Capitalism.”
Umair Haque argues that the viability of future of business rests in the ideals of institutional changes; ideals such as democracy, human rights, equity. Umair links socially responsible market with the freedom of consumer choice and deeper meaning of human existence to create asymmetrical opportunities for both companies and consumers in the potentially sustainable ecosystem.
One convincing evident Umair put forth was the market place itself: if you had put $1000 into the markets in 2000, due to the market crashes caused by the systemic problems of our old capitalism, you would’ve lost roughly 20-30% in value. You would’ve had only $700-800 at the end of the decade. Many would tell you, the reason they had to push back their long awaited retirement was due to this blind trust they had put forth into the system—the same system that had perpetuated an “infallible?” sense of capitalism. But, Umair observes, if you had invested in the Constructive Capitalist portfolio—a regiment of radical institutional innovators focused on constructive advantages and smart growth—you would have more than tripled your returns and achieved an “alpha” of over 300%. At that rate, these folks would’ve been happy retirees kicking it back on a beach with their grand-kids enjoying their old age. Instead, they went back to their meaningless jobs, pushing the same envelopes, perpetuating the same schemes that had caused them so much pain and suffering.
In my research and learning, I gradually became aware of the context that surrounds the issue of sustainability. I also became aware of the general international consensus towards change. In 2009, by a 121-54-5 vote, the U.N Third Committee (one responsible for social, cultural, and humanitarian affairs), adopted a resolution titled "Promotion of a Democratic and Equitable International Order." The primary sponsors of the Resolution included Angola, Bangladesh, Belarus, Benin, Bolivia, Burundi, Cameroon, China, Cuba, Ecuador, El Salvador, Eritrea, Honduras, Iran, Libya, Nicaragua, Nigeria, Russian Federation, Sudan, Venezuela, Viet Nam, and Zimbabwe. Those voting against the Resolution included the United States of America, the EU member states, Australia, and most other developed nations.
This intrigued me. Why is it that most developing countries had advocated for the adoption of this resolution while the “advanced” economies, the ones with the most robust sense of civil and political rights for individuals, were against it?
At first I thought there is a fundamental, metaphysical and ontological, differences between these two camps. I worked day and night trying to understand the distinct separations. I began a working paper building on the foundations of process philosophy. Drawing on my process improvement background, I made observations on how the old model of capitalism had created vast problems in developing countries. At the same time, I cannot deny that nations like China, is very much on a path to becoming more and more capitalist; all the while denying the fundamental rights of individuals afforded to citizens of more developed capitalist structures.
While I believe the jury is still out on the effectiveness of any type of political ideologies, whether it be a democratic republic or a socialist autocracy, I think the consensus is that capitalism is a necessary thing and no one has gotten the right kind of formula on a new kind of capitalism that may work in any political governance.
I was disheartened. Just as much as I pushed against being labeled as either a democrat (liberal) or a republican (conservative), I resisted wanting to advocate for the Chinese socialist free-market or an American laissez faire style democratic free-market (regulated only by the will power of interest groups). I felt the context dictates the choice: in China, a jurisprudence of solidarity in a communitarian framework makes more sense just as much as in the U.S., a jurisprudence of republic of democracy is workable in our context. Neither is the right kind of answer to the other. Everything boils down to a process, the fundamentals of process improvement, I have learned, is intrinsically the same.
Through process thinking, I came to believe there is a common solution to our outdated capitalism; there has to be a universal framework in an increasingly flat world with increasingly demanding international norms and standards.
The U.N. Resolution affirms that everyone is entitled to a democratic and equitable international order that, among other things, requires:

• the realization of the right of every human person and all peoples to development;

• the right to an international economic order based on equal participation in the decision-making process, interdependence, mutual interest, solidarity and cooperation among all States;

• the right to equitable participation of all, without any discrimination, in domestic and global decision-making; the promotion of a free, just, effective and balanced international information and communications order;

• the promotion of equitable access to benefits from the international distribution of wealth through enhanced international cooperation, in particular in economic, commercial and financial international relations; and 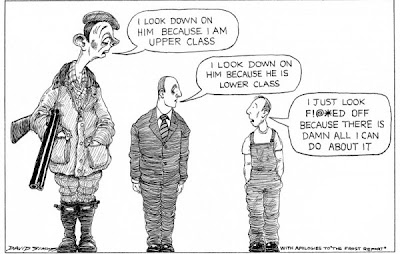 To all of these I sincerely agree. However, I do not see this as a form of global socialism. In a socialist country, China, this is socialism; but in American, I call this our utmost aspirations. I also sincerely believe that we, the ever creative force of a free people, have the capacity to achieve these goals voluntarily, in a capitalist ideal form. To deny ourselves of these social qualities is intrinsically ironic and if democracy does not allow these aspirations then I don't want anything to do with this kind of democracy. I rather take my chances with a autocracy.
I believe that we can still maintain our democratic ideals while continue to work for the establishment of an international economic order based on equity, sovereign equality, interdependence, common interest and cooperation among all States, irrespective of their economic and social systems.
Umair’s ideas seem to offer just such opportunity for us to correct inequalities and redress existing injustices, make possible to eliminate the widening gap between the developed and the developing countries, and ensure steadily accelerating economic and social development and peace and justice for present and future generations, all without compromising our need to become less a socialist country.
To do that, we will have to undergo changes from an out of date capitalist market that has brought us to the brink of crisis and near extinction.
We will have to change our attitudes and be willing to operate businesses in a manner that satisfies not only minimum legal requirements but also established basic human rights and environmental responsiveness within a reasonable sphere of corporate influence; we will have to gain a basic understanding of those human rights issues and environmental problems; we must conduct human rights and environmental impacts assessments, especially in corporate actions developing nations, to gauge how business practices are impacting established basic human rights and environmental impacts in those budding democracies; we must make proper adjustments to business practices that will facilitate those basic human rights and environmental protections for which we are legally and ethically responsible. Above all else, we must advocate for the advancement of human rights and environmental protection to resist efforts by political ideologies that seem to retard them.
Umair’s passion rests in what he calls “institutional innovations.” His point is poignantly on point: tomorrow is today; we must focus on people, not products; we have to wage peace, not wars; we must make connections, not conduct transactions; we must create new markets for the industry to grow, or else the market will stagnate and fail; we must foster creativity, not productivity (we must grow out of our current education system and foster a new sense of the Human Ecology); we must leverage our creative forces to create new industries, new segments, new markets; we must reassign value to meaning, not just GDPs but a sense of wealth that encompasses our quality of life; we must stand against perceived value and create real value in the market place; we ought to focus on outcome, not income, and create anti-marketing, not just another marketing scheme.
The next revolution is institutional; it’s informational and interactional. Picasso once said that we are all born artists—it’s time we make the world we live a masterpiece, not nihilistic aphorism of short attention spans.
I encourage you to watch this video. It's more than an hour long, but it's well worth the time.
Posted by Jin Kong at 10:16:00 PM