You have noticed recently the green elephant’s contents are driven more so by my introspections on the human ecology. The change of pace is not meant to be a permanent shift to partisan politics; rather, I wanted to remind myself, and whoever is reading out there, that the topic of sustainability is encompassing of the People, the Planet, and Profit. Without pondering the human ecology and the state of our affairs in the human discourse in general, we cannot fully understand our problems; without fully understanding our problems, we simply will perpetuate the cycle of self demolition. Without discussing the scope of the People’s ontologies in an encompassing Planet’s survival, we fall to pray to the anthropomorphic state of things; we fall to nothingness—No Exit. 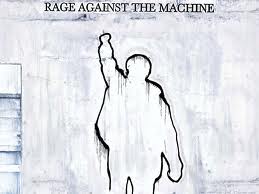 My recent dormant writings and pontifications are nothing more than a self-exploration into the political reality of things such as constructive capitalism, global sustainability development, and many things faced by power house nations such as China and the U.S. Since I have been intimately indulged on the topic of the China-U.S. relationship, once in a great while, you will see me confront the different ideologies to indulge in such pointless philosophical babels; that is simply the nature of how my brain functions. Without such exercise, I fall to the numbness of being just another machine.

So you will have to excuse the digression lately; but I hope you were at least entertained by my sophomoric imitations of an artist  becoming.

But it is not enough to dwell on such tragic topic; the human affair, as I have come to see, often is too depressing; art, too embarrassing. Tragedies are often disguised in many ways so our humor can provide temporary relief. Grist recently posted an April Fools’ joke; it had brought me back from beyond the thunderdome. I am reminded that there are more pressing matters at hand, so I now return you to our regularly scheduled programing:

Recently, the Lane Report gauged the Obama administration’s deal with Illinois, Michigan, Minnesota, New York, and Pennsylvania “to speed up regulatory review of plans for offshore wind farms in the Great Lakes, which had been dogged by cost concerns.” Indiana, Ohio and Wisconsin declined invitations but could join the partnership later, according to an administration official.

Marc Lane, a Chicago attorney and chairman of the Illinois Task Force on Social Innovation, Entrepreneurship and Enterprise contended if “Congress continues to nix the extension of tax credits for advanced energy manufacturing, scheduled to expire at yearend, the local “economies stand to lose thousands of jobs along with the environmental benefits of a clean, local source of electricity.”

Mr. Lane noted that the $1.4 billion annual tax subsidy may be tough while the president's alternative-energy initiatives such as Solyndra have polarized Congress. But Mr. Lane is hopeful in Chicago’s toting of wind energy (puns unintentional). He noted that wind is among the fastest-growing energy sources and “thanks to government support and technological advances, wind power's cost has plummeted, approaching competitiveness with fossil fuels, a political and fiscal imperative.”

Americans, as he observes, now produce more wind power than anyone else; according to the Department of Energy, wind may supply 20 percent of the nation's electrical by 2030.

Chicago, Mr. Lane’s stumping round, is home to 13 turbine makers and wind farm developers; but without the $1.4 billion tax subsidy from Congress, each of the wind farm employer are now at risk.

Collapsing the fear that the tax subsidy, 2.2 cents per kilowatt hour for 10 years, will go to support what will eventually fail, Mr. Lane noted that the tax credit is only available to businesses already in operation, so the credits won't subsidize a startup more likely to fail. While Congress still debates whether to continue to subsidize the heavily tolling oil and gas industry, I wonder why it has lapsed its judgment to promote the alternative energy market making us more competitive to the Chinese and Europeans. With gas prices at an all-time high, isn’t it time to take back subsidies from the failing and exhaustible sector and provide those incentives to the alternative and sustainable sector?

Only with the credits can wind compete effectively against other electrical sources, its large capital investment notwithstanding. But without the credits, as many as 4,000 jobs are likely to be lost in Illinois, and up to 37,000 nationally.

There are 10 federal agencies taking part in this initiative: amongst them are the Pentagon, the Department of Energy, the Environmental Protection Agency, NOAA and the U.S. Fish and Wildlife Service.

State governments own the Great Lakes bottomlands within U.S. territory, while a permit from the U.S. Army Corps of Engineers would be required to erect the turbines and all 10 federal agencies would review the plans. The agreement will encourage the agencies to avoid "a hodgepodge of different processes" causing needless delays, said David Poneman, deputy secretary of the Energy Department.