For not having the opportunity to attend, searching for first hand accounts is as close as I will get to experience that level of excitement and inspiration. Ms. Figge seems a reputable pro and I liked what she had to say; I'm here to recycle her data for a little inspiration.

First, Ms. Figge notes a “clear focus” on the abundance of natural gas at the Conference. Natural gas is a cheaper and cleaner alternative to petroleum; it is hoped it will serve as a bridge for us to transition to a carbon zero, or at least carbon neutral, economy. But Ms. Figge thought “that bridge appears to be getting longer.”

Here are some of the other things that caught her attention (and you will note my uninvited comments intersect):

1. According to Bill Gates, “we have a chance of reaching 50% renewable energy use in the 2060 timeframe, but it will take at least one of five miracles to come true, and about 200 crazy people working really hard at all five.”

I wonder what are those miracles and who are potential candidates to work on these miracles?

2. Elon Musk, CEO of Tesla Motors, CEO and CTO of SpaceX, advocated for “rapid change to get to 50% renewable energy in 10 years. The best generalized solution would be to price CO2.”

I would like to see the list of alternatives to pricing CO2; can we toughen disclosure requirements and enforce voluntary reporting standards? I’ve always wondered if our problems lay elsewhere. Emission is largely based on how we do business, pricing on other product and services indirectly attribute to our valuation of CO2, so why not curb consumerism to a healthy level and expect both the corporation and consumers fundamentally change the way we do business to curb emission? Taxing, or pricing, CO2 directly will be a huge incentive to change our way of doing business, but there are more powerful incentives in the postindustrial consumer culture at play here. P&G is on board with me in calling for consumption changes. Its CEO, “Robert McDonald says 4.4 billion people on the planet use a P&G product every day. Today 40% of laundry is washed in cold water – P&G has a goal of 70% in cold water. This alone would have an impact on several percentage points of the world’s GHG emissions.” But I digress.

4. Former Pennsylvania Governor T. Boone Pickens, now Chairman of BP Capitol Management, estimated that we “could cut our consumption of OPEC oil by 60%.”

5. California Governor Jerry Brown said that fracking is not so bad as environmentalists make them out to be or as good as the industry says, according to Aubrey McClendon, Chairman and CEO of Chesapeake Energy; so make your own decision. CSRHub has an upcoming new special issue on the topic.


6. David Rubenstein of the Carlyle Group (an assets management group) called for improving environment, social, and governance principles to increase cash flow and profits. He believes this to be “crucial for incenting and supporting companies with sustainability missions.”

7. Dara O’Rourke, CSO (Chief Sustainability Officer) of the Good Guide, noted the “greenwash” problem: “[s]elling green is about being honest. Marketers have less control over the message, and are instead are expected to be transparent and authentic.”

I completely agree. This is where I hope the green elephant will eventually make a positive impact in our own lives. My wife Lauren and my friend Mark both recently reminded me that changing the world starts with cultivating the person. This entire time I was lost in my search for the ideals of two very different nations, I realized both the Chinese people and the American people are capable of living in harmonious ways. But they will not do so under the weighty regulations that control their lives. Here we find the balance between our freedom to be individuals yet still return to the community with positive impact.

Alexis de Tocqueville once observed that Americans idealizes individualism, but it is not a failure as some would argue. When individualism is seen as a positive force, it prompts people to work together for common purposes; when seen as self-interest in such a thing as consumerism, it helps to reinforces the tyranny of the majority. Tocqueville made the observation that modern American democracy has invented new forms of tyranny: radical equality has led to the materialism of an expanding of the consumer culture and to the selfishness of individualism. Under these conditions we have lost interests in the future of our children; we are merely allowing ourselves to be led in ignorance. I would add to this that we see a decline of journalism, we see a decline of quality information in the public sphere, we see not just a "greenwash" but a "wash" in general of the quality of our lives. With the emergence of a new Internet Culture, I hope we can all take up a self discovery to live in better ways; change the world for the better together. But again, I digress. I have a bad case of ADD; I wonder at times if that is what compels me to write these blogs.


8. David Steiner, CEO of Waste Management, acknowledged the technology to reduce waste and increase recycling is readily available, reaching a waste diversion rate close to 100% is achievable. But he called for effective subsidies and incentives and a change in culture and behavior.

This is my wife’s favorite topic. Since I have relinquished the writing and publishing of this blog during the next few months to her, reserving my editing duties, I will leave this topic for her to explore in the near future.

9. Betty Noonan, Senior VP of Panasonic, noted that the “best companies are embedding sustainability into their innovation pipeline. It’s in everything they do and it’s part of their image and brand.”

10. C.S. Kiang noted that for the first time in modern history, China had more patent applications than the U.S. “This marks a change in innovation, transparency, and the rule of law [in China]. This will go a long way to sparking change for sustainability in China’s economy and workforce.”

I have noted that China is gearing up their IP laws and enforcement protections at the same time as they prepare to amass “domestic champions” in their economic sectors. In effect, China has recognized its lag against the U.S. in the white-collar workforce and is hoping to protect it as it grows.  So far, the U.S. have faired well in the white-collar economy, but I wonder how soon will not only the software programmer jobs leave town but also those innovation jobs, the managing jobs, and yes—even the legal jobs? 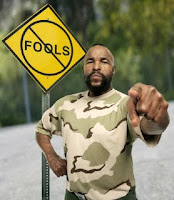 I have seen bits of news about places farming out certain parts of the legal work to cheaper places like India, how far are we from off-shoring the whole enchilada? China has already expunged America's blue-collar workforce with cheap labor and readily government subsidies in their new polluting factories. The next decades will be about competing for desk jobs with the U.S., lowering their own consumption, and adapting to sustainable practices. They recognize sustainable development will be the next global economic reality. The Chinese are not fools, they have amassed a national will to do this. If you visit China today, “greening” their nation is propagandized everywhere in the Party’s red. Americans should not let China taken them for fools either.

Ms. Figge concluded her reporting by disclaiming her professional interests in data mining and empowering users to “filter the data they see” and pay attentions to key issues, like natural gas, as the type of “specific wedge point that may shift our understanding of sustainability and CSR” in its entirety.

My lesson for the day from reading her report: everyone has their agenda, everyone has their own views. But it is inspiring to know these very influential people are coming together to work together to make happen a universal goal. There is a bit of Tocquevillian selfish factors here, but the important thing is that selfish need for survival has brought these institutional players to their collective senses. They are talking about potential solutions to our problems; suddenly, I don't feel so alone anymore.

The darkness drops again but now I know
That twenty centuries of stony sleep
Were vexed to nightmare by a rocking cradle,
And what rough beast, its hour come round at last,
Slouches towards Bethlehem to be born?
Before dawn is the darkest of what I know
That twenty more centuries of waking fling
Will whisk the dream by a gentle cruise of howl,
And what beauty, its day come forth at last,
Proud treads the once New World to be born.

Cynthia Figge, Cofounder and COO of CSRHub is a forerunner and thought leader in the corporate sustainability movement. In 1996 she co-founded EKOS International, one of the first consultancies integrating sustainability and corporate strategy. Cynthia has worked with major organizations including BNSF, Boeing, Coca-Cola, Dow Jones, Noranda and REI to help craft sustainability strategy integrated with business. She was an Officer of LIN Broadcasting/McCaw Cellular leading new services development, and started a new “Greenfield” mill with Weyerhaeuser. She serves as Advisor to media and technology companies, and served as President of the Board of Sustainable Seattle. Cynthia has an MBA from Harvard Business School. Cynthia is based in the Seattle area.
CSRHub provides access to corporate social responsibility and sustainability ratings and information on nearly 5,000 companies from 135 industries in 65 countries. Managers, researchers and activists use CSRHub to benchmark company performance, learn how stakeholders evaluate company CSR practices and seek ways to change the world.
CSRHub rates 12 indicators of employee, environment, community and governance performance and flags many special issues. It offers subscribers immediate access to millions of detailed data points from our 140-plus data sources. Its data comes from six socially responsible investing firms, well-known indexes, publications, “best of” or “worst of” lists, NGOs, crowd sources and government agencies.
Posted by Jin Kong at 11:33:00 AM