What is a social entrepreneur? - a message from Jin


Before dawn is the darkest of what I know
That twenty more centuries of waking fling
Will whisk the dream by a gentle cruise of howl,
And what beauty, its day come forth at last,
Proud treads the once New World to be born. 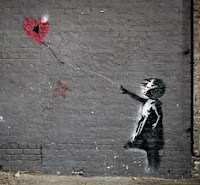 Colloquially, entrepreneurs are taken to be someone who starts a business. I resist the definition.

Entrepreneurship is more than just starting a business to sell a widget or service; there is nothing entrepreneurial about perpetuating a business model in an established fashion just to take advantage of consumer ignorance.

Social entrepreneurs are then those who undertake an ever tougher task, a much more steeper climb, to solve social problems and create value to resolve social ills so that the market place is not only more efficient but more responsible. Social entrepreneurs face a tougher challenge because there is very little value incentive built into solving problems for the poor, the underprivileged, the neglected—these are men and women who rarely participate in the great capitalist scheme and are often the same ones who would burden the “value” created by the so called “business” folks—the same folks who would make widgets and pollute the poorest neighborhoods, who would sell to the most uninformed, who would suckle on the fruit of the many vices of social ills.

NO! Social entrepreneurs are not someone who just starts a business.

Social entrepreneurs will act boldly, without the fear of limitations, and will act with a heightened sense of accountability to the constituents served and for the outcome created. 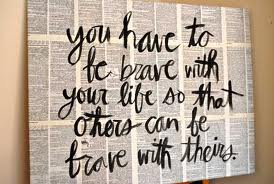 Social entrepreneurs will act for the better of the whole, for the world and everyone encompassed—selflessly and for the broader scope of the sustainable human ecology.


Turning and turning in the widening gyre
The falcon cannot hear the falconer;
Things fall apart; the center cannot hold;

Spiraling gyring the center does not hold
The falcon does not need to hear the falconer;
Things fall apart but there comes another spring;


The darkness drops again but now I know
That twenty centuries of stony sleep
Were vexed to nightmare by a rocking cradle,
And what rough beast, its hour come round at last,
Slouches towards Bethlehem to be born?

Before dawn is the darkest of what I know
That twenty more centuries of waking fling
Will whisk the dream by a gentle cruise of howl,
And what beauty, its day come forth at last,
Proud treads the once New World to be born.
Posted by Jin Kong at 9:50:00 AM