For fear of death I ran toward bullets.

It was a narrow alleyway. Only one man can fit through with just enough room to turn around in case something was to happen. I can’t remember what season it was; with about eighty pounds of gear on me and adrenaline running through my body, I couldn’t really care if it was eighty-degrees or eight. Sweat would soak my cloth regardless, bullets would fly nevertheless—I don’t think anyone shooting at us had in mind that it was winter or summer. Death was on everyone’s mind, the changing of the seasons was not.

I had been on loan to Charlie Company, Second Platoon, at the time. Their medic was on R&R and I took over. For the short three weeks I was with them, I got to know them well. They had just lost someone a few weeks before and they carried a heavy silent burden that was deafening to the soul.

It was a suicide bomber who drove a truck full of explosives into a building the Second Platoon was holding. I never really knew the guy they lost that day, but I prayed each morning that I was with them that I would not be the next. I feared death. I was afraid that if I died, no one would be able to dress wounds and save other lives. The Platoon felt the same way; I was always given the safest seat possible in the vehicle and whenever we were on foot patrol, I would be in the middle so when the bullets would fly, someone would always be in the way.

We were on foot patrol that day; walking from house to house knocking and searching for weapons and intel. It had been a long and uneventful day; children played and sewers sweated—we cheered and smelled just the same.

We approached the alleyway carelessly. High walls on each side protected us. For a few brief seconds, I let my mind wonder. Back home, my parents were probably asleep; my brother was probably still up playing video games. I could call them after the mission to see how their day was yesterday. In combat, my mind always wondered to yesterday; now-a-days, my mind tends to wonder just the opposite direction.

Suddenly, everything changed. A few crispy cracks rang through the air.

Everyone looked up and around to make sure it wasn’t coming for us.

“It sounded like it was coming from that direction” another man squawked, “from behind us.”

Everyone turned and I followed. There were two men behind me at that point and once we all turned around, they each took a position high and low against one corner of the wall. I ran toward them, completely oblivious to the open space in front of me. I ran because I was afraid. Someone might have been shot; there was danger in that direction. I must go and see what I could do. I ran for fear of death and bullets.

Then an abrupt jerk forced me to my back. Someone had yanked on my aid-bag hard enough to pull me to the ground. Like a helpless turtle, I looked up.

“Doc, if you ever do something that stupid again, I will shoot you myself. Now get back up and behind me.”

He ran towards bullets and death overstepping my helplessness. I wrangled around and grabbed the dirt on the ground and stood up. There were now four or five men in front of me, moving fast covering all directions of an open space in front of us. I took a knee in shame and I took my weapon off safety.

That was over seven years ago. I relive that moment occasionally when I feel helpless or defeated. I don’t know why but I guess the feeling of someone having my back comforted me. When I fail, or do something incredibly stupid, I crave that someone would yank me to the ground and allow me the strength and courage to grab some dirt to get back up. I relive that moment because I fear failure; I fear death and I want to know someone will run towards the bullets. I would gladly run towards death and save lives if I could.

I’m a happy and fat civilian now. I eat well and exercise but I lost my edge since the days I ran around with the infantry. These days I worry about frivolous things like sustainability and a forward compatible Human Ecology. I write business proposals and legal notes, no longer do I constantly fear for death and run toward bullets.

But as I indulge in my craft, write and research on these topics that are supposed to help transition a paradigm, I became increasingly aware of a lack of direction in my work. It’s as if I hear the gun shots in the distant and I run towards the open space, but no one is there to yank me to the ground and tell me to be patient while they figure out just where the shots are coming from. Sustainability is like a ghost waiting to be discovered in the far distant but only too late; and I am the only man running towards it thinking that I can reverse death.

Lately, I’ve been thinking a lot about my military days. On some fundamental level, it was easier to operate as a soldier. We were trained together and in tight places where bullets fly, we all knew exactly what we are to do. When dumb shit happens, someone will yank you to the ground and remind you the rights things for the moment. The civilian world is nothing like it. As civilians, we are trained separately and we have our own agendas and missions. In tight places where bullets fly, we seem to run in all sorts of directions and do all sorts of stupid things. No one is the sensible one to do the yanking and everyone seem to be on the ground, helplessly pandering. In light of our recent awareness of an unsustainable development path, we seem to just “green-wash” ourselves and we take refuge in all sorts of directions and hopeless efforts. Our aim is as it was before, make money and ask questions later; run towards bullets and wonder about death later. The great wide open is a dangerous place, yet we seem to be oblivious. 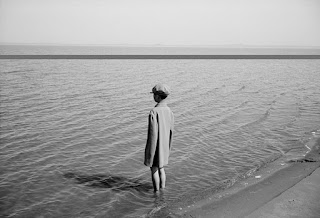 All that is gold does not glitter,
Not all those who wander are lost;
The old that is strong does not wither,
Deep roots are not reached by the frost.

From the ashes a fire shall be woken,
A light from the shadows shall spring;
Renewed shall be blade that was broken,
The crownless again shall be king.