How Does Sustainability Succeed In Opposition of Market Norms?

“Ideas are the greatest and most crucially practical power on earth.” - Ayn Rand


I’ve read Karl Marx in college. He had an rather interesting idea about business folks: that all they do is sit in some plush office, with expensive art hanging on the wall and expensive shoes plopped on their desk, chatting away on some posturing social gossip while fashionable cigar smoke idled in the air. Marx considered managers and CEOs parasites, exploiters of workers; it is the workers who actually made the products sold or services rendered—their labor the true forces of social good.

I have a funny feeling Marx wouldn’t have too high of regards for lawyers either. Well, that’s Marx I guess; a different time, a different place, and a different perspective that’s all. 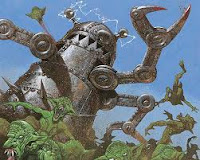 Now that I’m a bit older; no longer a zealot philosopher and have worked my way almost out of law school, I know that’s not the truth. I know the division of exploiters and workers more byzantine, more convoluted. I know that amongst CEOs and managers, there are those who would supply the guiding intelligence, mental skillness, sharp focus and vision to the labor force so critical so the market machine would run efficiently and effectively—for the good of the order of things. Without these folks, the machine would breakdown or run aimlessly to consume all of our resources. We would be like a computer without a chip, a race without intelligence; we’d sooner consume ourselves. I doubt Marx ever thought about resource scarcity the way we are confronted with its many facets of problems, but again, a different time, a different place, and a different perspective, that’s all.


But I get the feeling that Marx was onto something. There seem to be two different kinds of businesses and two different kinds of CEOs and managers. There are those who do indeed have a sense of guiding intelligence, a sharp and focused mental skillness, and a vision to lead their companies to success and doing social good in the process: just look at Ben and Jerry’s—serving up sweetness and social consciousness since 1978. Then, there are those businesses that are doing nothing more than serving up a paper game of bottom-lines and share prices. These companies, and their CEOs, largely eroded themselves to the belief that value can be created from thin-air, that there is always something to be exploited; to these CEOs, the pride of business is nothing more than pure self-interest and they would sooner break up a company to sell it for pieces than to rescue it for the better of its employees and the communities they serve.

But is it good capitalism to turn shareholder interests into the single driven purpose of a company? Isn’t it a fallacy to assume that the business’s worth is its share’s worth, and a business’ purpose is its sheer profit gross? [See Joyner, B. E. & Payne, D. (2002) Evolution and Implementation: A Study of Values, Business Ethics and Corporate Social Responsibility. Journal of Business Ethics. 41, 297-311.] Often I hear industry folks and investors say that a business is profitable only because of the legal cat-and-mouse game and what’s not included on the balance sheet. They are more worried about how to evade taxes and how to structure deals to squeeze that last penny. But we then need to ask, what exactly is this kind of business for and for who is this businesses created? The invariable answer doesn’t seem to escape Carl Marx’s silly idea of a capitalist, so for those CEOs and managers who would only care because it’s about the bottom line, I would consider them inescapable of socialist's criticism because they are the evil that socialism aimed to address. Let them be haunted by the ghost of Carl Marx to their ghastly graves. And I am not going to entertain those businesses here and I will not waste my spit to defend them from socialism. They don’t deserve it and I would sooner let them fall.

No, what I am interested in are those businesses, led by their CEOs and managers, that are focused on long-term and the social good. I am interested in how and why they take those externalities into account and are still able to create value for investors and shareholders.

First and foremost, in order for a business to succeed it must have some fundamentals in place. These may include assets and capital, but must also include some intangibles such as goodwill in the marketplace and human capital that is capable of preserving both tangible assets and intangible ones in the long run. Today, companies are starting to pay attention to cultivating these intangibles; considering their employees as a bundle of resources and their company culture a living organism, the forward looking CEOs and managers are beginning to value people more than products, communities more than commodities, and reputation more than the return on investments. [See Doane, D. (2005) Beyond corporate social responsibility: minnows, mammoths and markets. Futures. 37 (2–3), 215-229.] These forward looking CEOs and managers know in an ever changing climate of the marketplace, it is these intangibles that will get the company through tough times. Assets and capital can only get you so far, but it is a culture and core values that will survive the market changes and help a company adapt.

Jim Collins and Jerry Porras in their 2004 book, Build to Last: Successful Habits of Visionary Companies, examined the exceptional companies and how they are different from their competitors and noted the core values of a company—its existential, immutable, and intrinsic value, together with its envisioned future—that which makes their immutable existential value malleable to change, makes up the guiding system of a unassailable force. Their views is particularly reconcilable with the aims of sustainability thus providing a glimpse into what can be of value to a sustainable goal in a company’s focus.

So while sustainable development goals may go directly against value creation in the short run and profits at the bottom of the balance sheet at the year’s end, having sustainable goals is not directly contradictory to building a long lasting and successful company. Giving a company core values and having visions to carry out those core values in everything a company will do invariable add value and compromise a company’s existence with that of our general social interest. Creating successful companies then is the same, intrinsically, as creating social good—standing for something then, is the same as maximizing profit returns in the long term; both of which defines sustainability inevitably—making a company’s existence and the planet’s existence forwardly compatible.

But sustainable goals in an existing business are more than just intangibles and core values entangling with social good. There is also something to be said for finding value in financial results. In the recent decade, investors and shareholders are becoming more and more active and asking more sophisticated questions about environmental, social and governance questions. As Corporate Social Responsibility (CSR) becomes popular and mainstream, companies are setting up sustainability committees and standing up dedicating teams to address business approach and investor demands. Some fail because they take an isolated approach, dedicating the “sustainability team” to its very function: finding ways to token practices. The successful companies understand that there is something more. They require a much broader scope and effort: calling everyone within their organization structure to respond, these companies provide the necessary conditions to enshrine a culture not just build on sustainability per se, but on their own core values—what it is that they are doing. Again, we circle back to the original core question to consider: what is this company and who is it for? Sustainability, efficiency, and social good are simply the by-product of their focus; these successful companies know they must do not for doing’s sake, but that they must develop a sense of how they are spending their investment and why. In truth, these companies understand there is a difference between measuring results in profit so investors can extract wealth versus profiting from a measure to make the company more resilient. That is where we find financial results.

The successful companies, the sustainable and forwardly compatible ones, know that they must exist to exert influence on their wider ecosystem. They understand whatever core value they’ve set for themselves, the invariable one is that they exist because society exist—because they are serving the best interests of not just themselves. Here's go a hope for success in opposition of market norms. Change the norm then we must.

Contradictions do not exist. Whenever you think you are facing a contradiction, check your premises. You will find that one of them is wrong.