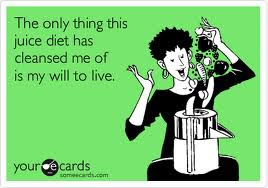 A few months ago I watched the documentary Fat, Sick, and Nearly Dead by Joe Cross. In the documentary Joe doesn’t eat anything for 60 days. The only form of food that he consumes is juice from fresh fruits and vegetables (made by using a juicer); needless to say he lost around 80 lbs. In addition to losing weight, he had more energy than before, his skin looked better, his mood was brighter and above all his overall health was better than it had been in 20 years; he also suffered from a rare skin disorder which he had been combating by taking a prescription steroid, during his fast it began clearing up on its own, allowing him to stop taking the medication.

I was hooked.  I wanted a juicer. Jin came home and I was so pumped up about this documentary, juicing, and what it could do for our health; I talked about it to anyone who happened to cross my path.

Being the wonderful husband he is, Jin surprised me on my birthday with a juicer! It was love at first sight and since then juicing has become a part of my daily regiment; it offers an almost Zen like quality while I prepare the fruits and vegetables. Washing and cleaning, the smell of each different piece of produce as it is juiced, the frothy foam on the top;  it tastes delicious (for the most part, I’m not going to lie, there have been a few disasters, the hold your nose and shoot it back kind). It has opened an entirely new world of produce for me; giving me an entirely new area of knowledge. Through juicing, I have been motivated to research different fruits, veggies, and herbs and how they benefit the body, not just what vitamins and minerals they provide, but what medicinal properties they have and how to use produce to treat one’s ailments.

The physical benefits of juicing were noticeable overnight; my teeth were whiter, my eyes were whiter, my skin looked better. I couldn't believe the positive effects and that was from juicing once, maybe twice, a day.

After a few months of juicing on a regular basis, I worked up the nerve to do a fast. Jin joined me. Detoxing the body is physically and mentally exhausting. And not eating food, well for me, was emotionally exhausting. The first 3 days were really hard: I had headaches, nausea, and I was grumpy. The last two days were better. I had more energy, my mind seemed to work faster, and it was amazing how delicious lettuce was once I could eat.

The purpose of my juice fast was to learn about my relationship with food and how to read my body, learning  the difference between actual hunger and the desire to munch on something. It took more self-control than I thought I had, but I succeeded and in the process learned so much about myself and how I should eat. I no longer crave processed foods; it isn't macaroni and cheese I want, but a fresh slice of watermelon or some carrots and hummus. It has renewed my interest in healthy eating and I have proven to myself that I can control my appetite and food cravings.

After the fast I have started paying more attention to my diet; focusing on eating raw, unprocessed foods and focusing less on calorie content. For years I have been aware of the misleading advertising by the food industry, knowing that ‘all natural’ comes a dime a dozen and is a term used to blind consumers. But, it wasn’t until after my fast that I have really began taking all of this seriously. Detoxing my body, combined with not eating for five days and feeling true hunger, helped me realize how much processed food I do consume and how much my body craves it.

Since the fast, those cravings left and I am amazed how the texture of fresh fruit is so satisfying. The experience motivated me to begin researching processed foods and food addiction; now that I look back on it, I believe that I suffered from this addiction, craving different types of processed foods even though I wasn’t hungry. I also notice a huge difference in how I feel after I eat and how different foods affect me.

I think that we are so entrenched in our food culture that we don’t always stop and think about what this food or that food will do to us; I’m sure there are foods that we consume regularly that we don’t even know what harm it can bring to us.

In the late 90’s, when my brother was diagnosed with ADHD my stepmother banned the ingredient Red 40 from our home. The rumors were just beginning to fly about food ingredients and the adverse effect it can have on children. Presently, there is considerable evidence showing this is the case [1]. It is scary what the rumor mill is churning out presently about food and the effect it has on everything from the development of cancer and autism to early onset of reproductive maturity in young children and even long term sterility.

Finding research on food, especially in the United States, was difficult. I came across a study performed by Professor Gehan Salah El Deen Moram from Ain Shams University in Cairo, Egypt. The purpose of the study was to research the toxic effects of synthetic food and food coloring on male rats. Sadly, before I even got through the first three paragraphs I found this regarding a slew of different synthetic food colorants and dyes:

Synthetic dyes are widely used due to their coloring properties, uniformity, stability and low cost. However, many of them become toxic after prolonged use, causing health problems such as indigestion, anemia and allergic reactions as asthma and urticaria, pathological lesions in the brain, kidney, spleen and liver, tumors and cancer, paralysis, mental retardation, abnormalities in offsprings, growth retardation and eye defects resulting in blindness (Ashida et al., 2000; Moutinho et al., 2007).

The study used 100 rats, divided into groups, and fed each group a different combination of synthetic colorants and additives. I will spare you the tedious details, but the outcomes were alarming; some rats gained weight, some loss weight, others showed high levels of liver cells that were destroyed, and still others grew tumors, specifically in the liver and urinary bladder.

The research article ended by stating:

Therefore, it could be concluded that administration of these food colorants with or without food flavor additives resulted in various alterations of the antioxidant systems with a tendency in most instances toward the reduction. Finally, it is advisable to limit the uses of these food colorant and/or food flavor additives especially those used for children.

Yet, we as consumers aren’t given this information up front. Our food isn’t labeled. How many people out there are consuming these chemicals daily with no way of knowing to what they are exposing themselves and their children?

Many food industry giants have funneled millions, if not billions, of dollars into manipulating and processing food so that it affects consumers psychologically, neurologically, and emotionally. Food addiction is being increasingly studied and has been a form of contention in the medical and psychological fields; which blows my mind considering how much effort goes into manipulating food so that consumers cannot stop eating it. Creating food people can’t stop eating, but denying that food addiction is real is a little oxymoranic in my opinion.

In a New York Times article that I recently came across, author Michael Moss discusses in great detail how far food manufacturers will go to get consumers hooked. Moss shares four stories from individuals in the industry and how their choices impacted millions of people.

So many of these large corporate food enterprises are only concerned with profit that long term thinking regarding the health and the well-being of their consumers is not even on their radar. Devising ways to keep their consumers returning for more and more is the game they play and it is amazing the science that goes into accomplishing just that. Take Cheetos for example, Moss quotes Steven Witherly, a food scientist and author:

“This,” Witherly said, “is one of the most marvelously constructed foods on the planet, in terms of pure pleasure.” He ticked off a dozen attributes of the Cheetos that make the brain say more. But the one he focused on most was the puff’s uncanny ability to melt in the mouth. “It’s called vanishing caloric density,” Witherly said. “If something melts down quickly, your brain thinks that there’s no calories in it . . . you can just keep eating it forever.” 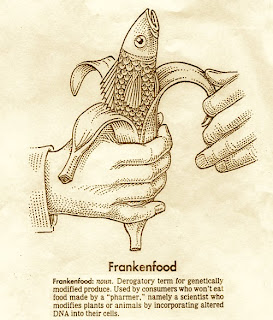 The hoops and loops available for the food industry to jump through also contribute negatively to our health. When scrutinized for too much salt, sugar, fat, etc. companies create new ingredients to cut out whatever we want out, but then use a new chemical to supplement and to keep us coming back for more, in the business these are called ‘designer foods;’ designer salt, designer sugar, designer gluten. These new ingredients meet the ‘low sodium, low sugar, gluten free,’ requirements, but still are not good for long-term consumption and are typically used to get around road blocks. In the article, this was cited as an example to get around the growing concern about the types of food in our schools.  Moss writes about Al Carey, the CEO of Frito-Lay.

The company was concerned with diminishing sales of chips because of a ‘low-sodium’ trend.

The prospects for lower-salt snacks were so amazing, he added, that the company had set its sights on using the designer salt to conquer the toughest market of all for snacks: schools. He cited, for example, the school-food initiative championed by Bill Clinton and the American Heart Association, which is seeking to improve the nutrition of school food by limiting its load of salt, sugar and fat. “Imagine this,” Carey said. “A potato chip that tastes great and qualifies for the Clinton-A.H.A. alliance for schools . . . . We think we have ways to do all of this on a potato chip, and imagine getting that product into schools, where children can have this product and grow up with it and feel good about eating it.

Feeling good about eating it?!?!? Guilt-free eating made possible through chemical construction; count me out. With the growing obesity epidemic, which contributes to a myriad of other health issues: depression, type 2 diabetes, juvenile diabetes, heart disease, etc., one would think that statements surrounding the happiness of consumers would go deeper than a 'guilt-free, low sodium' potato chip.


Learning to be happy with ourselves has been daily fight for most people, myself included, but it begins with what you put into your body. If we as consumers begin using our consuming power to purchase fresh produce and fresh lean meat, we should be able to win the war on processed food. If we begin reading the ingredient list, truly reading it in detail, we can make educated choices in what we purchase and what we eat; leading ourselves and others down a longer path of happiness, one not muddled with Doritos and Cheetos, where rivers of soda do not run along side with us, or where hormone injected and antibiotic laden chicken is not our only choice. I want a path of happiness lined with fresh fruit and veggies I can pick from the Earth and where pastures of grass-fed cows and free ranged (actual free ranged, not the 'it's on the label, so it must be true') chicken can be seen in the distance.

That's the happy path I want to take.