United Kingdom has one of the more active online crowdfunding markets. From as early as 1997, British artists have been using the Internet to fund their projects through donations.[1] Today, the Unite Kingdom boasts US based platforms Kickstarter.

UK’s own equity based platforms are finding niches to stay competitive. Take Space Hive for example, it has limited its outreach to development of community space and has seen successful funding for a single project for nearly £800,000. Abundance Generation is another equity based platform that focuses on sustainable energy projects in the UK. Proclaiming a “democratic finance” model, Abundance Generation has funded projects for up to £1.4 million.[2] UK’s arts and entertainment community and the interactive gaming industry have also recently joined in a series of proposals to facilitate crowdfudning to further their commercial and cultural reach.[3]

Other notable UK based equity based crowdfunding platforms include: Crowdcube, Seedrs, and Bank to the Future.

Crowdcube is approved by the Financial Services Authority (“FSA”) and operates like an open forum. Investors are able to view projects, idea pitches, and engage.

Seedr is also FSA approved and is operating fully registered and authorized. It is limited to investors who can pass a vetting process. Microcosom is one of its more notable projects. It is an interest based social networking platform which received £50,000, with 10% equity offered (funded as of 01/09/2013) in the first round of crowdfunding and received £100,000, with 5% equity offered (funded as of 10/03/2013) in the second round of crowdfunding offering. Seedr’s funded projects also include Escape the City, a social networking site helping professionals transition to a new career away from the urban areas. Offering 24% equity, it raised £600,000 in less than 2 weeks after turning down two venture capital funding offers. 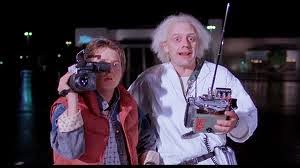 Bank to the Future is an equity based platform started by Sir Richard Branson—Delorean not included.

Securities offerings in the UK are governed by the FSA under the guidance of the Financial Services Act of 2000 (“FSMA”). The FSMA generally prohibits anyone from carry on a regulated activity in the United Kingdom unless that person is an authorized person or is an exempt person. Under the FSMA, any invitation to invest is a regulated activity and is considered financial promotion under the statute.

The UK regulations are similar to the US regulations under the SEC and they aim to prevent unauthorized or nonexempt individuals from making an offering to the public. The FSMA does not specifically contemplate equity based crowdfunding, but its provisions have been loosely adapted to crowdfunding. Similar to the U.S. SEC rule’s exemption for accredited and sophisticated investors, certain offers to individuals are exempted if the offeror file a certificate of compliance with the FSA. The exempted offers involve individuals with certain income level or status with the financial industry (i.e., persons with income of €100,000 or assets of €250,000 excluding their pensions and any insurance policies or persons with a connection to the financial industry or is an individual employed by the financial institution). There are also limits to the number of people who can invest under exempt categories and the total amount of equity that can be offered under the exemptions. The UK regulations also include carve-outs for offerings made to friends and family or other “connected persons.”

Other than under a specific exemption, equity based crowdfunding platforms in the UK must be a FSA approved entity (e.g., Crowdcube, Seedrs). Some offerors gets around the regulations by “click-wrapping” their offers with a user certification at the front end: the user is asked to certify that they meet the exemptions before they proceed to use the platform and make investments.[4] Whether this will draw regulatory scrutiny remains to be seen. UK regulations also allow a “collective investment scheme” akin to the U.S. investment contract under the SEC rules. Similar to how investment contracts are regulated in the U.S., collective investment schemes receives much more regulatory attention than its generic counterparts under Section 21 of the FSMA.[5]

A few scholars have pointed out an ambiguity in the UK regulatory scheme regarding crowdfunding. Under a set of FSA rules governing what constitute “arranging” or “making arrangements” to introduce investors to investees, equity based platforms may escape regulations by claiming to be a passive conduit between investors and equity offerings.[6] There is very little case law and FSA has recently stated that it will need to revisit its guidance regarding this issue.

Aside from the regulatory schemes surrounding securities, U.K. also has very specific tax relief scheme offered to individual investors who purchase new shares in early stage companies. The Seed Enterprise Investment Scheme (“SEIS”) was introduced in April of 2012 and was meant to help small, early-stage, companies to raise equity finance. It complements the UK’s existing Enterprise Investment Scheme (“EIS”) which offers tax reliefs for investments made to higher-risk small companies. Equity based crowdfunding platforms in UK often cite to this particular tax provision as incentive for crowd investors.