On October 4, 1957, the Soviet Union successfully launched Sputnik I, the world's first artificial satellite, which took about 98 minutes to orbit the Earth on its elliptical path. On November 3, Sputnik II was launched, carrying a dog named Laika.

In July 1955, the White House announced its Space plans in response. On January 31, 1958, the United States successfully launched Explorer I. In July 1958, Congress passed the "Space Act", which created NASA as of October 1, 1958.

On March 8, 1965, first US Marine landed Danang and charged into the Vietnam War. On March 9, 2016, an artificial intelligence system called AlphaGo took down a world champion Go player in Seoul.

Growing up in the US, I’ve always enjoyed telling people that “Go” is an ancient Chinese game beyond the reach of artificial intelligence—I relished the idea of being human because artificial-ness of anything seem to be void of what’s the best in us. I am as shocked as anyone in Asia that it is no longer the case. When AlphaGo, an American AI, beat the best Go human player the world has to offer, I was somewhat proud—there you go fellas, proof that liberal democracy with its open market system and inclusive culture can achieve technological feats that will beat thousands of years of wisdom. It was validation to me that autocracy systems however well-established or powerful, cannot compete against the power of innovation—a power of the people. But I was also torn: could we have come so far in technology that we are now welcoming the morning after when AI are plotting our demise?

In America, no one cared. In China, the response was eerily predictable: double down and win—autocracy without show of force, after all, is a paper tiger. China went on to enlist its dream team of tech giants including Alibaba and stepped up a plan in Artificial Intelligence (AI) as the US had done in response to the then Soviet’s show of power in the 1950’s. China is even attempting at designing and planning for its soul at Beijing by plotting for a vibrant music scene.

Today, “Baidu and Tencent have set up research centers in the US, and Huawei sells advanced networking equipment in Europe.”

So far, China has embraced the Internet age with its authoritarianism; the Great Fire Wall of China is much more impressive than Trump’s own wall at the US southern border that became no less than a laughable climbing challenge. Artists are banned. Behind the digital curtain, China is amassing amazing amount of data to feed its AI research to better anticipate the next generation of social and political needs. All the while, this competitiveness is creating the “Drago” of machine learning; Rocky responded.

In midst of chaos, the Trump administration under the lead of Mattis and Michael Kratsios organized a summit on the subject of AI. Kratsios had indicated the White House was fully committed to AI to figuring out “what the government can do, and how it can do it even more.”

Sounds like a great plan Balboa; [in my best Russian accent possible] but China has two things that the US does not: (1) an immense amount of personal data (by the shear size of its population as well as its ability to ensure people turn their data to the government) to feed the advancement of AI research, and (2) a Roger Stone mentality to collectively achieve—do whatever it takes (lie, cheat, and steal) to win.

Despite the official actions by the Trump Administration, I am not so sure we can count on a win as Rocky could in his movie. In the aftermath of Cambridge Analytica, the existential question of liberal democracy online is in full frontal. Our own politicians seem to be eager to exploit the nakedness than seeing the emperor’s new cloth for what it is: an illusion to cover up the greatest theft in history, allowing the free and open exploitation of people’s data (their property) for the private gains of few individuals sophisticated enough to commit such heist (*ahem, Facebook).

About ten years ago I attended one of the Blog World Expo in Las Vegas when Twitter was the new hot thing. I predicted wrongly that society would abandon the Twitter idea in no less than 5 years because I refused to believe that rational public discourse can occur in no more than 160 characters. But I am astonished by the wisdom of the crowd that defied expectations as I “held my beer” and watch humanity learned to quickly organize online, toppled regimes, and then quickly fall to our worst by exploiting this for personal gains—"I am Internet Famous” is now sold on t-shirts at online stores as parents find no quandaries exploiting even their own children for attention and profit. Forget educating the masses, Internet has become a whore for the masses.

Rocky won against Drago because he had heart and determination; the US is lacking either at the moment because we are divided and fattened for slaughter. We put our poor to wars and our children on the alter to sacrifice their liberal democracy for cheaply made consumer products and short-profit gains for few heisters. Finding heart and determination to win an AI race takes a lot more than 160 characters and nobody has the time for even that these days. Hollywood is betting on even shortened attention span of the masses; I can’t fault them for being opportunists. 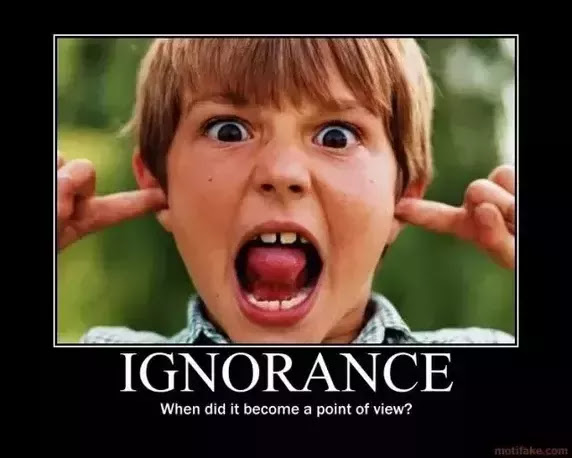 World all over will have to come to grips with the morning after Cambridge Analytica and ask some tough questions about how we collectively use and cease to abuse the Internet; after all, what we feed ourselves feeds the monster inside that will grow—a noble one or a malicious one to fight continuing wars we start with ourselves. Here in the United States, I refuse to believe the human spirit are the lesser to artificial ones; but it is harder now—I am not so sure Rocky is for a fight with Drago. But I’m with Nicholas Thompson on this one as he indicated


"But there is another way to influence China, one more likely to succeed: The US could try to wrap Beijing in a technology embrace. Work with China to develop rules and norms for the development of AI. Establish international standards to ensure that the algorithms governing people’s lives and livelihoods are transparent and accountable. Both countries could, as Tim Hwang suggests, commit to developing more shared, open databases for researchers.

But for now, at least, conflicting goals, mutual suspicion, and a growing conviction that AI and other advanced technologies are a winner-take-all game are pushing the two countries’ tech sectors further apart. A permanent cleavage will come at a steep cost and will only give techno-authoritarianism more room to grow."